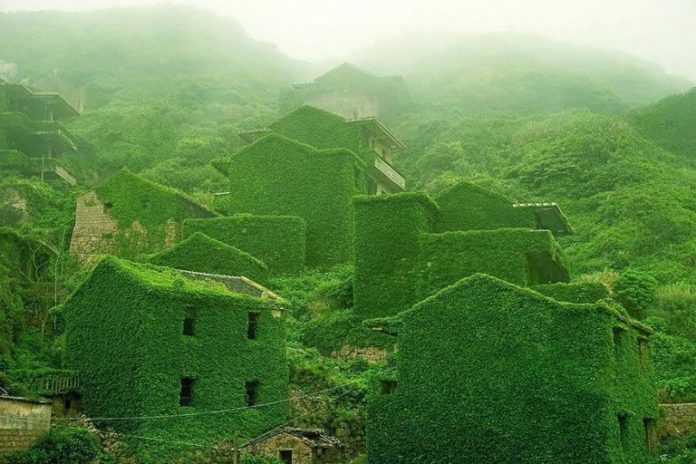 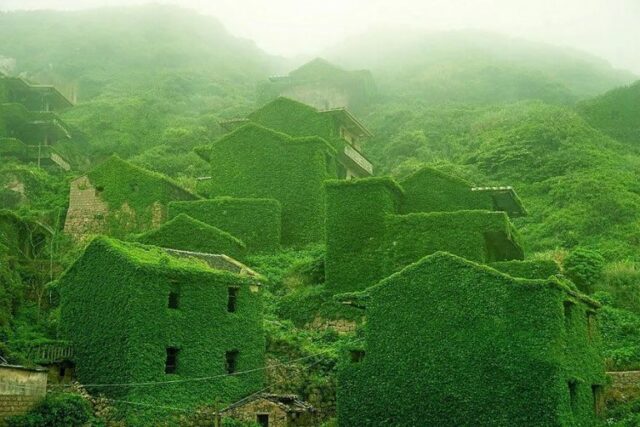 Although nature suffers daily because of human intervention, there are still some parts of the world where it managed to reclaim back what has been taken away by decades of harmful actions.
In a Chinese fishing village, called Houtou Van, on Gouqi Island, Mother Nature took over and covered everything in a beautiful color of green.
The place has been left abandoned for a while, but after nature took over it become one of the top tourist attractions and is featured in lots of pictures.
The village was abandoned at the beginning of the 1990s, when around 3000 residents, all fishermen left to live in areas closer to cities. As the village was left behind by the younger residents, nature took over every little corner of it creating a green wonderland that attracts thousands of tourists every year.
There are still a few older residents living in Houtou Van, as they didn’t want to abandon their homes, but besides them, there is only Mother Nature living there.
These beautiful pictures have been captured by Tang Yuhong, a Nanning-based photographer.

Home Design : This House Was Built Out Of 12 Shipping Containers And Both The Interior And Exterior Look Stunning

DIY Crafts : Does dinner get any better than meatloaf?...