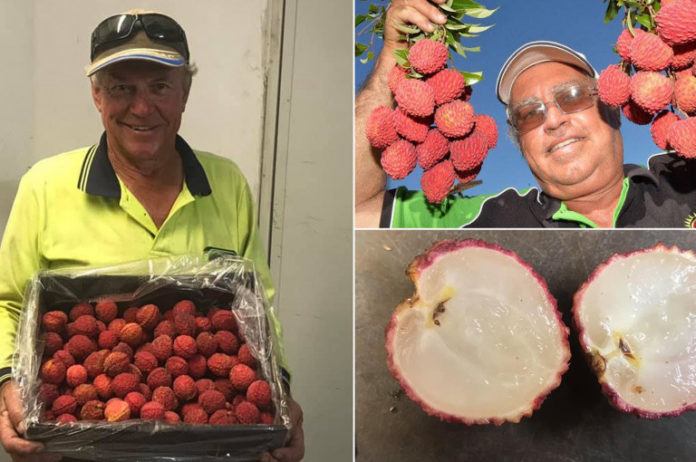 Tibby Dixon is a farmer from Australia, who managed to create the perfect lychees: a seedless one. The process through which he created this dream-fruit is called selective breeding and it took him 19 years to develop it.
The fruit tree from which it all started came from China, and cost $5,000 but with years of experimenting and cross-pollinating flowers, Dixon finally had the final product he was looking for. His seedless lychee fruit is described as one resembling a pineapple with a great flavor, but the road to achieving this tasty product was not easy.
After years of practice and a lot of knowledge about cross-pollination, Dixon says that his next project will be to grow an entire tree farm and produce fruits on Australian farms.

The seedless variety, which was described as ‘very flavourful’ and tasting ‘a bit like pineapple’, is Tibby Dixon’s latest creation

The lychee farmer of more than 40 years told the ABC creating new varieties of lychee has been ‘a long, hard slog’.

Mr Dixon said he created the seedless lychee by cross-pollinating – collecting pollen from the male part of the lychee flower and transferred to the female part of the flower – the imported tree to get a small seed.

He kept going until he ended up with a seedless fruit.