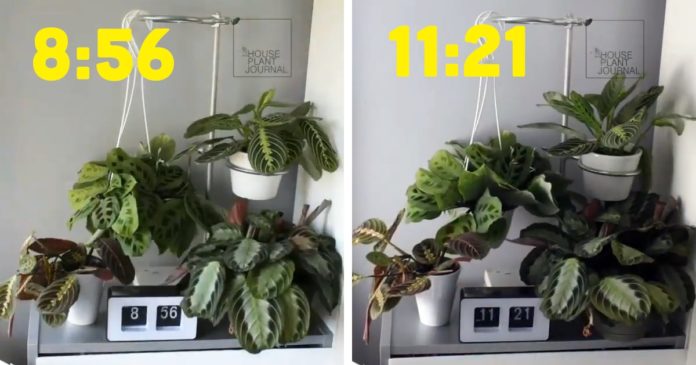 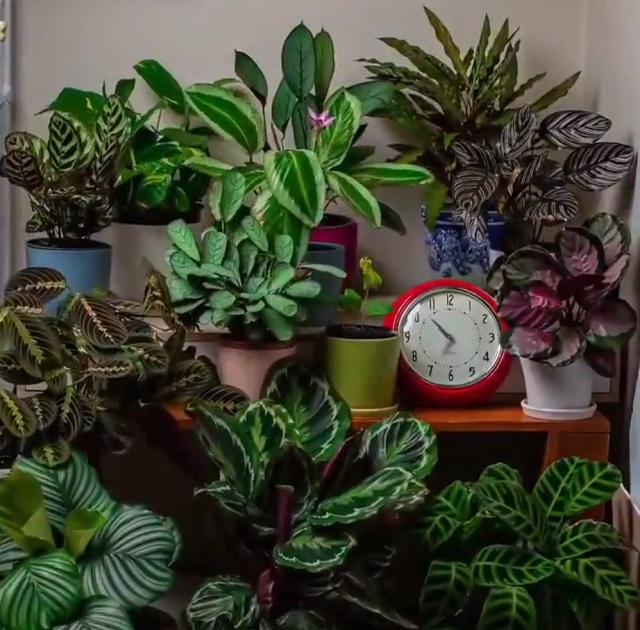 Some species of plants are in a constant move, but this move is so slow that you can’t notice it. That’s why someone thought about filming houseplants throughout the day and making a time-lapse video about their lives.
As the leaves change their position according to the sunlight, the plants look just as if they were moving and living a life of their own.

One of the coolest plant time-lapse videos were made by @Melora_1 in which a wide variety of Calathea plants have been filmed during a day. The Calatheas are known for this type of behavior as their leaves are rising and falling during the day and they stand tall during the nighttime.
This is possible because of a joint located between the leaf and stem. So, when the leaves are spread out, it is to accumulate as much of the sunlight so they can recharge their batteries. Watch all the beautiful plant time-lapse videos and who knows, maybe you’ll have your attempt at creating one at home.

Garden Design : These Roses Grow With Both Red and White Petals

Garden Design : Mini Trucks in Japan Are Being Transformed Into Enchanting Tiny Gardens

Garden Design : Snapdragon Flowers are Beautiful, But They Turn to Skulls When They Die

DIY Furniture : DIY cake stand. Can be used for...