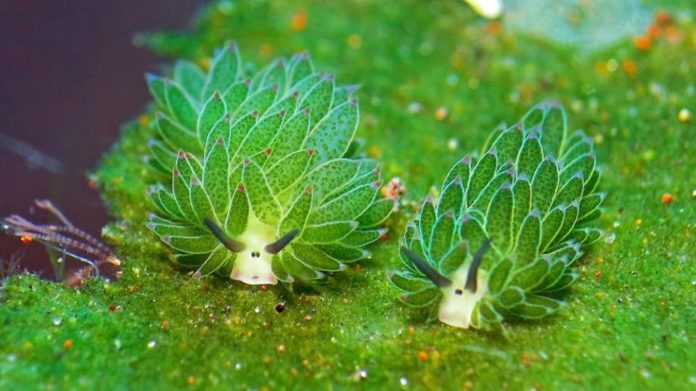 If you haven’t heard about leaf sheep yet you are not the only one. They can be easily named one of the most peculiar animals on this planet, as they look more like plants than animals. Leaf sheep are in fact sea slugs, that have a very interesting feature: they’ve learned how to photosynthesize.
These tiny creatures get their energy from the sunlight, by eating algae which are then absorbed by their bodies. They are called sheep because their faces resemble one and their bodies look like tiny leaves that have been patched together. Leaf sheep have a size of only 5 mm and live mostly in Japan, Indonesia, and the Philippines.
At first glance, it can be very hard to distinguish them from species of succulent plants, but taking a closer look you will observe their small eyes and sheep face.

DIY Crafts : How to Make Your Own Strawberry Bath...