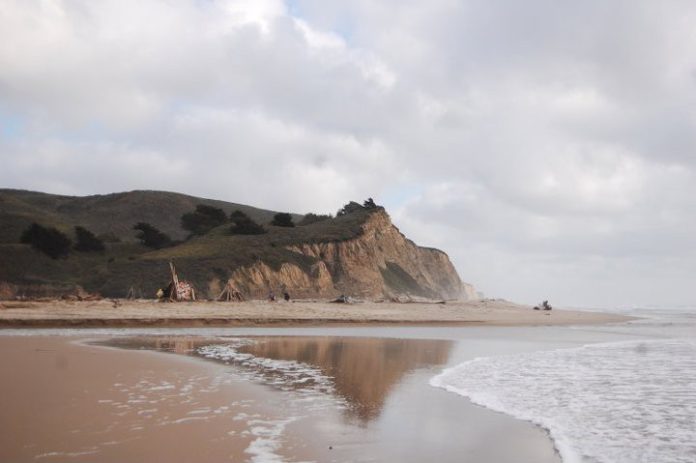 Home : You Can’t Go Home Again (At Least Not to California)

Home, to me, never seems to have existed in places, but in corners of places — under stars and stairs. When I was growing up, there was a crawl space under the staircase where I used to hide away from everyone. You had to pull back a rack heaving with heavy winter coats to get to it, but just behind it was a space big enough for 7-year-old me to curl up. There was no light in that space, so I’d turn a flashlight right-side up and bring my books and crayons into the dark so I could be alone.

This is where my technicolor imagination was born, and outside in the California summer is where the sun bleached the color out of it when I was a teenager.

When I moved away from this house, I decided to live in New Zealand for a year. I moved from place to place, sometimes daily, sometimes weekly. Home was never one place — not even a corner of a place — and I lived with everything on my back.

Over the last few months, snapshots of New Zealand streets have come back to me when I blink, and I think it is no mistake that this is happening right as I lose the only physical (semi-)permanent home I’ve ever known. I blink, and I see quiet street corners. I see feathers floating in light at dusk. I see bakeries, smell the yeast of rising bread. I hear bare feet running through grass, cutting the silence with loud sweeping sounds and arousing grasshoppers from their slumber.

And the towns, with names like Rotorua and Wharanake, conjure feelings of adventure and restlessness, not anything concrete. My memories are blinks, that’s all. No corners of spaces come back to me, just the blurry yellow lines of the highway as I moved swiftly from city to city, farm to farm.

Later, I returned to the Bay Area, seeking home again. I collected a slew of fleeting homes in my 20s in San Francisco. I recall the views out over the Bay in my Bernal Heights house and the smells of pie baking in the oven there, and then the shadows of a basement apartment that proved to me that home and hurt could be intertwined.

In lieu of a place to call my own during those years, I took up residence in myself, in the quiet, yes. But also in other people, knowing full well that
“you can’t make houses out of human beings”. The aching for a permanent home was there, but without words to express it.

Then, in 2015, I discovered the Pacific Northwest. I knew that moving to Washington would mean I would never call California home again, at least not anytime soon. Even if I could afford sliding back into the economics of a place like California, I couldn’t justify them to myself.

In my short lifetime so far, I’ve had to say goodbye to home over and over again, sometimes in a rush — leaving quietly in the night — and sometimes by writing letters of love and adoration and burning them ceremoniously or tucking them into closets in the hopes that they’ll be found.

DIY Furniture : These are all the tried and true...