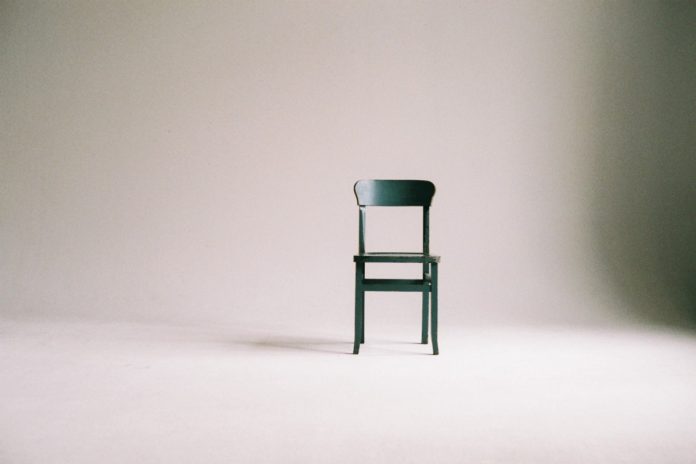 I threw everything away in the name of minimalism, but I never quite got the point of it all.

One of the problems I have with minimalism evangelists is that they seem to assume we’re all starting at the same place. According to them we’re all saddled by years of excessive consumerism, slaves to the latest trend made in China and shipped to our doorsteps in 2 days or less. It’s true the movement has held up a mirror to the clothing tucked way back in closets and stacks of boxes practically part of the wall now, but these vignettes of excess preach only expelling our things. After several years of barren apartments, this is how I’m finding my way back to the world of Stuff.

I have no idea where I was when the idea of Minimalism first found me. By then I’d moved at least a dozen times in less than ten years and been through several jobs closing their doors or “reorganizing” their departments. I was demoralized, always waiting for the other shoe to drop, and the steady drip of putting each new surprise on a credit card made my once exciting future look farther away than ever.

There was some solace in knowing I wasn’t alone at least. Graduating at the height of a recession proved a challenge for a lot of us. Actually a good many of my friends were in the same boat, bashfully ducking behind euphemisms whenever we crossed paths and dusted off the old ‘what are you up to’ script.

Knowing there were plenty of other people struggling just like me was comforting at first, but eventually I saw a lot of them start moving up. Houses, marriages, higher education. I began to realize it may not be temporary for my shrinking pool of fellow left-behinds. No matter what debt we consolidated at still-horrible rates, not matter the extra effort we expended or awful bosses we put up with, the truth was, we weren’t temporarily broke millionaires. We were slowly but surely watching ourselves get bricked into the foundations of the upper classes’ ivory towers. And it was then that my dreams started to curdle.

Why Do I Even Have All This Shit?

This is where I began to hear the teachings of the minimalists, and I took to it like a bee to honey. I exulted in the glory of unloading my life’s collection. Why hadn’t I thought of this before? Old T-shirts from college? Gone. That skirt that looked amazing 5 years ago? Gone. Birthday cards, old letters, favorite books — I’d already read them hadn’t I?

You may expect that this is where the remorse comes in, but no. I miss none of that shit. Don’t even remember most of it. Sitting in my efficiently bare apartment years later I had finally had a stable job and wonderful boyfriend, but still I couldn’t shake a deep unrest. Sure it wasn’t the pinnacle of my childhood dreams, but I was finally doing better than just okay. And yet, after everything I’d been through to get here, I still wasn’t sure who was looking back at me from the mirror every day.

Unsettled and looking for inspiration, I rifled through the only ‘excess’ I’d allowed myself to keep after the Great Purge, one shoebox of junk I just couldn’t part with. Sitting on the floor, playing with the absolute stupidest dime-store crap you can imagine I laughed to myself, and then started to cry. I finally began to realize something about all that old stuff. It had been more than a few pieces of junk, it had been my story. And looking around the empty room made me feel like I didn’t have one anymore.

I suspect that there are some out there that weave the meaning of their lives into a tattoo sleeve, a purpose, or their friendships. Maybe a rock solid understanding of themselves requires no decorative inspiration, but I believe that for the majority of us, it’s the variety of trinkets we collect from friends and experiences that are powerful daily reminders of who we are. The trick is finding the balance.

The Middle of Minimalism

It should be said that Minimalism isn’t wrong. Attachment to things does nothing for us, and I don’t miss that old junk because it was an old chapter in my life that needed to go. I was walking on air for months after I’d gotten rid of everything, preaching to anyone who would listen about the miracle of minimalism and all but prying shit out of friend’s hands to toss it in the trash for them so they could feel as good as I did. But after a year or so the restlessness and confusion set in. I was free from the past to do as I wished, but I never began building the next chapter.

I understand now why I took it too far. Back then I hated the reminders of someone I no longer was and could never be again. I hated the pain I associated with everything around me, the once hopeful and bright-eyed ideas. I thought it was a messy, bloated, inefficient life that made me unhappy. All I really needed was to start writing my story again.

That’s what I’m doing these days, little by little. I’m writing my story in the nooks and walls of my apartment. It’ll likely never have the detail of a Tolkien novel, but the small, completely non-functional, dust gathering bits here and there are reminding me that my story continues.

DIY Crafts : Make your own spider web décor for...

Home : How to choose the Best provider of Venetian Blinds...