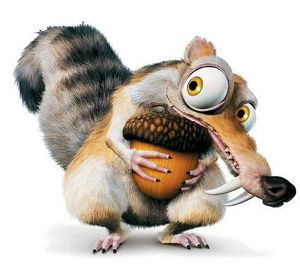 Home : So much of everything – Cacofonix – Medium

One of the earliest memories I have is of my father asking me to fill a jug of water from a cooler a couple of minutes away from our home then. It was peak summer and he had just bought a new insulated water jug which would keep water cool for a bit longer. There was no fridge at home then yet.

A few years later, I remember my father buying a Ganga Water Filter (if you’re Telugu and atleast 25 years old, that jingle must be playing in your mind right now). We had a fridge by then but we also had a colour TV with cable. And an ad on that TV was telling us about how our water wasn’t safe at all and how it was a miracle we were even alive! The responsible father that he was, he brought home that filter and a couple of spare filter candles too. If you don’t know what water filter candles are, you’re too young for this blog po‍st. The candle would make water taste like chalkdust was mixed in it, but we drank it all the same, since the TV ad told us it made water safer. At that time, we were living in a company provided quarter where purified water was piped into all homes, 24 hours a day. Still, we took that purified water which tasted fine, and put it into the filter to drink powdery water. And we would keep pouring water into the top compartment several times a day, and keep changing the candles every few weeks.

Then the era of bottled water started. As bottles were too expensive, we started buying water packets wherever we went. That was supposed to be the safeguard against ‘ever increasing pollutants in our water sources’. Suddenly daily budgets on travel went up by Rs 10–20 per person per day, and the bags we lugged around became heavier by a couple of liters. But we were safeguarding our body, weren’t we? A few years later, water packets were put out as the biggest evil as the plastic and filling process were found to be horribly substandard. A thousand different brands of water bottles happened, and videos started circulating showing how these bottles were filled from water taps straight out of Slumdog Millionaire. Kinley and Aquafina raised their prices to 20. And the fools we are, we actually started ordering mineral water even in star hotels!! These exact same 20 rupee bottles were being charged at 70 and 100, but it was all for a good cause, wasn’t it? In a 5-star hotel, no less; where obviously the water they serve to us in glasses is as safe as any we would drink in a bottle.

The trigger for this rant, though, is not water ads. It is the ever-increasing brainwash we’re receiving to buy air purifiers, and other new-age quality-of-life-enhancing devices. Big firms are pumping crores into advertising and to show us the exact same pictures they did a couple of decades ago for water, saying we are at serious risk by breathing the ‘exceptionally polluted air inside of our own homes’!!! Allow me to digress again.

After we got used to water candles and filters, I went off to college in a different city and lived in a hostel in North India. The water cooler was a way off from our dorms and when seniors would ask us to fill their water bottles in the middle of the night (when we were in first year), more often than not, we’d just fill it from the bathroom. Yes. Especially in winters, when the water from the overhead tank would be as cold as that from a cooler. When we became seniors, we told ourselves that anyway our juniors would do the same, and got used to drinking bathroom tap water if the can in our room ran dry and it was too cold to walk up to the filter. Wipe off that expression from your face!! We didn’t die. This is not to say we should fill out bottles from toilets, but to say that that water is still better than the water which much of our population drinks, fetching it from muddy pools and rusted tankers which would come once in a while. It is a standing joke we often use when NRIs come to India and walk around with bottles of Kinley wherever they go. We’re doing the same thing for our bodies here too.

The era of water filters is done, and we’ve moved on to RO systems. Most of us have them in our homes today. And we connect the ‘drinking water’ supplied by the government to that system, setting up a carefully monitoredTDS count.

Commerce is doing the exact same thing they did with water to air now. Highly paid actors are coming on TV telling us that the air inside our homes is actually a zillion times worse than it is in a factory (!!), and that if we don’t get their brand of air purifier now, we would die (or something on those lines). Videos are shown of small kids coughing a fit in the middle of the night and worried parents rushing to hospitals.

Drinking water from ordinary sources doesn’t kill us! I learnt this firsthand surviving happily on bathroom tap water. When we go to a hotel, as long as we ensure that the glass is clean and that there are no obvious floating particles in the water from a jug, there’s really no reason to buy Kinley! Except ofcourse if the place is visibly unhygienic or something. But then again, why would we even go eat at such a place? Drinking normal water regularly is good for our system. It is one less thing to worry about — of keeping bottles in stock while traveling. The drinking water taps on railway platforms and at bus stands are quite ok. Millions of people fill their bottles there everyday and nothing happens to them.

I’m absolutely not giving in to the blackmail of these air purifiers. There are even car air purifiers now! During the commute also we should breathe purified air so as to safeguard ourselves! While in reality it does the exact opposite. It weakens us from inside. Ultra violet raw vegetable cleaning devices are another such fad! What the hell is wrong with us?? Will we buy anything if Hema Malini comes on TV and asks us to?

We played outdoors all day long. There was no concept of sports shoes back then. Under the burning sun during summer holidays, we played outdoors all day. Mostly barefoot. Nothing happened to us! We’re not doing our kids a favour by not allowing them not to do so. We’re raising them all wrong. The only ‘sports’ shoes we had was the canvas white friday shoes from school. And we seldom wore those on other days anyway! My first sports shoes came about when I was 16. There are homes where kids are actually made to wear footwear while walking inside the house! Inside!!! Separate footwear for bathrooms, separate for wooden floors…. And have we looked at the prices of these shoes recently? Kids shoes, which we know won’t fit by next year this time, are actually more expensive than our sneakers. We’re a crazy bunch of people, often overcompensating with unnecessary objects when what the kids actually deserve is something else. But that’s for a different blogpost.

So many objects, so many things to worry about! There are water purifiers, additional filters for it, candles in those filters, a maintenance contract, a chap that comes in once in a while, plus a backup number of a mineral water can delivery guy for when the purifier conks off. Then there are air purifiers and vegetable purifiers, and all such incredible innovations. There is a little sewing kit with threads and needles, and then there’s a sewing machine in some corner, then there’s a zigzag attachment, and a footpedal with motor since pushing the pedal by foot isn’t convenient any longer; and since that machine will be used only once a year, and it won’t work when it actually needs to, the service guy’s phone number, bottles of lubricating oils and all. There are so many things we bought and don’t use. Ironing boards, aluminum step ladders, gardening gloves, rakes, implements, car vacuum cleaners, radios, separate cleaning equipment for stone, wood, glass, ceramic, garden hoses, shoe shampoos, bags and suitcases in that top shelf above our wardrobe, drapes, comforter bed spreads, dumbbells, that extra box of tiles we bought in case we break one and the style isn’t available any longer, video recorders, wireless keyboards, portable writing desks, electric stovetop…..

So many objects we clutter up our life with. All our closets are full. Kitchen shelves are jampacked with stuff we will never use. We know we won’t, but we collect it, hoard it, treasure it. We’re like Scrat from Ice Age. We don’t let go of anything. And we keep adding to it. Each of these has its own set of accessories, there are boxes for every single item which we somehow manage to hoard — so we can carefully pack our gadgets while moving homes, and then there are the oodles of cables. Tens of meters of cables, extensions, headphones, wires, all tangled and in a mess which is quite impossible to make normal again. And we don’t throw those either. We’ll keep them in bags and covers, and old suitcases, and bags. Ofcourse there are covers. Bags, covers, big shoppers, grocery bags, bags inside of bags, small covers inside large covers.

Most of these implements will not make a difference to our life. We seldom use them anyway. But yet we want to own the objects, to hold them close, and have them available in case we need them someday! That day never comes. The actual things which matter have always been the same. All the fads and fancies we accessorise them with, we can live without. Decluttering our homes is the surest way to peace. The more clutter we bring in, the more we have to manage, and the more worried we are. We think we’re making our lives easier, while the truth is we’re making it more complicated with so much more to manage. And we’re giving all this as our legacy to our kids. No wonder we’re raising snobs.

I need to go now. The auto-cutoff on the Kent RO has conked off and I can hear water dripping into the kitchen sink below. Need to call that service center and hear Hema ji’s recorded IVR tell me that if I replace that device now, I’ll get additional warranty for free.

Garden Design : 5 Gardening Tips That Will Give You Tons...

DIY Projects Video: DIY Ideas You Should Definitely Do In Summer...

DIY : How to create a Crypto Miner from other World...