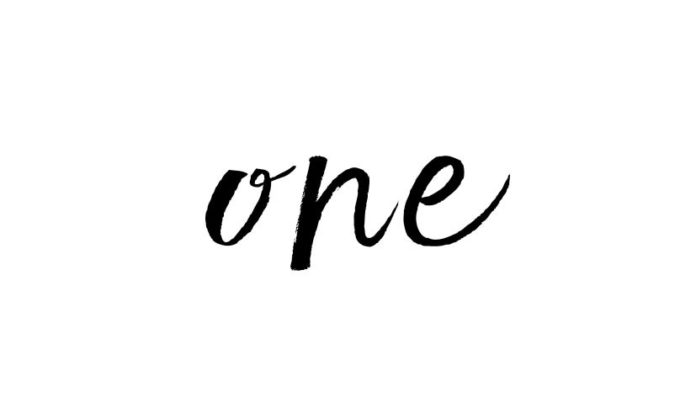 All I want is one. Just one. It seems that every other person I’ve encountered in my life has had at least one. Even if they had more than one, they held on to the one that they did have for a significant amount of time. But not me. Always with one in mind but not quite one at all. Maybe I’m meant to float around. Maybe that is the one.

Even when I thought I had “the one” it was not. All of the subtitle hints and signs that I believed lead to the ultimate consummation of a beautiful ending, led to nothing. Absolutely nothing. “Why can’t I have “the one”?”, has been the one question I’ve failed to answer. Maybe it’s me. Maybe it’s my approach or poor judgement. Maybe I am too eager to please that I come across as desperate. I don’t know.

It alludes me. That elusive one. I think I’m approachable, likeable and a good listener. At least I’ve been told that by some of the ones I considered one. One to call and discuss nothing with or the latest styles with. Nope. Not a single conversation like that in my life. Can you believe it? Not even the first one of this nature. Some people have one for every stage or phase of their lives. Even for a lifetime. While others have had the same one since grade school. Kept in touch when distance geographically threatened to interrupt the bond. But somehow they always, in some form or another, remain in touch. Nope, never had that one either. Not even a real fake one. Maybe I’m too nice to be believable. I was once told that by the way.

One more one that I have yet to own. My own. Some have the same One for years. They never move. They make it their own. Over the years I’ve gone in and out of one; never leaving my mark. I’d like to leave my mark somewhere. Somewhere. One that I can decorate and show off my idea of sweet. I have no idea what my idea of sweet is strangely enough. But I’d like the chance to figure it out. One that I can express my creativity in. My own style and flare. But I don’t know how. I could learn though. At least I think I can. I’d at least like to try. Even if I don’t know how.

Oh well. Maybe one day I’ll have that one job/career. My ultimate purpose in life. The one love of my life that sees me as the only one. A friend, just one friend or confidant.Which is something I’ve never really had. A home. A place to finally call my own. Just one.

DIY Crafts : This is so cool!