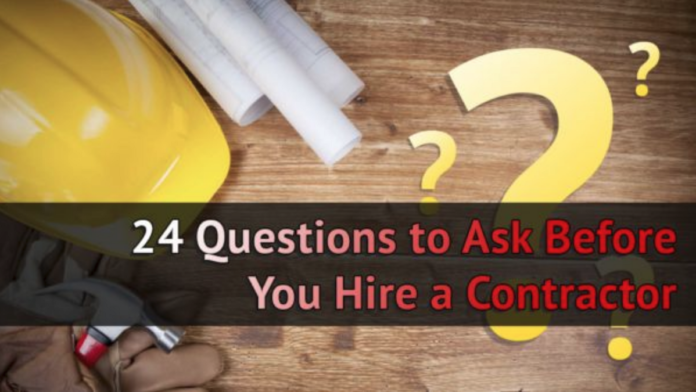 DIY : The Definitive Guide to Hiring a General Contractor

You may have even shared the idea with friends or coworkers to get as much feedback as possible. Your buddy’s, cousin’s, wife’s father’s good friend from the Army who built his own deck in 1976 has even chimed in on what kind of wood you should use to construct it.

Finally, you’ve settled on the exact deck that will suit your family and home.

And then the hesitation strikes…

You don’t want those years of planning to go to waste, let alone the huge investment you’re about to make. What if it doesn’t come out exactly the way you’d hoped? You’ve already handed over the check and the contractors have left the “job site”.

But this isn’t just a job to you! It’s a dream your family has been anticipating for years.

You dread the inevitable buyer’s remorse.

The last thing you want is to look at your brand-new deck and cringe at a stark reminder of that hard-earned money you flushed down the toilet.

At Phoenix Home Services, we believe that’s an absolutely ridiculous experience that no homeowner should ever have to go through. Further, we know for a fact that it’s an outcome that can easily be avoided.

So, we’re going to show you how. Without further ado, we present to you:

The 24 most critical questions you absolutely have to ask before you even think about hiring a contractor:

1. How long have you been in business?

One of the most important questions that should come to mind before hiring a contractor is how long they’ve been in business. We should all be familiar with the old adage, “practice makes perfect” and it is no different in the construction business. Generally speaking, the longer a company has been in business, the more practice they have. Even if they’ve gone through several different construction crews, there’s a good chance that something has kept them in business as long as they claim.

When you ask this question, you should put a big, fat check-mark next to the contractors that have been around for ten or more years and have tenured foremen and project managers.

DIY Furniture : These are such good budget decorating ideas!...

Garden Design : 5 Gardening Tips That Will Give You Tons...