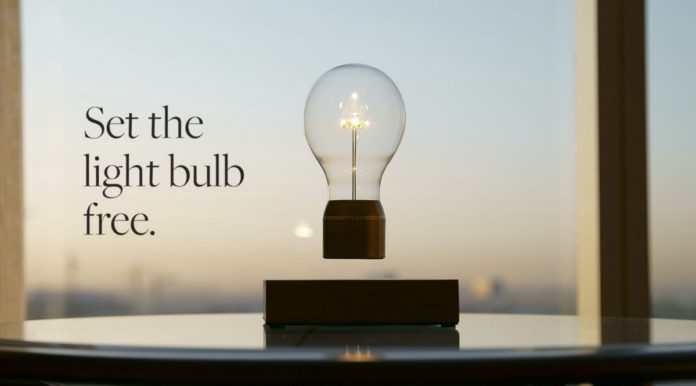 Smart lighting is coming to market now and coupled with wireless charging could unleash a new residential lighting revolution.

One of the key components to the modern home is electricity and lighting. A power outage, even for a short period, can be a very disorienting experience. While the wiring of the house is an interesting discussion, I’ll focus on lighting in this post. A story on lighting can’t start without Thomas Edison who after lots of trial and error created the first electric light.

The 1900’s were lit by the incandescent light bulb. This design that Edison created largely remained unchanged over the course of the century. By design, the bulb needed to have a large bulb to house the wires and filament that created the light.

Over the past two decades, there have been major changes to lights. Beyond the forces of regulation, we have transitioned from the incandescent light that Edison created to the LED bulbs of today. As a result, lights last longer and use much less energy.

LEDs and Economics of Lights

Households in the US spend $24bn annually on electrical supplies (HIRI), with over $1bn in light bulb purchases made each year in the US (Statista). According to a 2010 DOE study, nearly 6bn residential lights are operating across the US. This resulted in 175TWh of electricity being consumed, accounting for ~13% of all residential electricity consumption (based on EIA data).

Price of lighting fixtures has gone up 35% over the past 15 years, which is in line with cost increases for other home products. The wages of electricians has followed a similar trend. You are more likely to spend more on the electrician labor than the light fixture unless you are purchasing a very expensive light fixture. This is due to the training required to work with electrical currents.

The major change in economics comes from the introduction of LEDs and CFLs. The image below from GE shows the difference among the various lights, where LED’s are 5x more energy efficient and last 23x as long. If all 6bn lights were using a Smart LED from below that would result in $34bn in annual energy cost savings. Clearly, this first evolution has been about energy cost savings.

Most of the changes in lighting has been about energy efficiency. With the introduction of LEDs there are a number of new use cases that are entering the market through intelligent lights that have embedded chips.

The architecture of a smart light

The advantage of LED is that you don’t have the wiring and filament that took up space in an incandescent bulb. This extra space has allowed engineers to design bulbs that are embedded with technology that looks more like a phone than a light bulb. The ability to create intelligent lights at low costs benefits from advances in microchips.

These new bulbs add new features to lights, but there is still the challenge of wiring a home. The average age of homes in the US continues to get older. Many of these older homes may require re-wiring at some point.

We are on the verge of a potential future that could include wireless electricity. This was a vision from Nikola Tesla that he shared in 1907 (yes, over 110 years ago). Recently there have been a few projects that have emerged to make this vision real.

The example that is most widely used for wireless electricity is the qi technology for charging phones.

The technology in the short term will mostly be used to charge devices locally, but over time there might not be a need for power outlets. As a result, new lighting and electrical features can emerge that won’t be dependent on an expensive electrical installation project. Below is a video of what is possible now.

Tying together three key factors, 1) lower energy needs for an LED (ie. smaller battery), 2) Intelligent lights that connect to wifi and 3) wireless power, you can now imagine a world with wireless power and control of lighting. This would mean that all you need to install a light is some basic DIY skills to affix the fixture to the wall (or place your lamp anywhere), this will be much more like hanging a picture. One additional component, there are many wireless switches that have come to market over the past few years that makes this possible. This shift towards a distributed wireless system is a natural change from the central/connected version of the home that has been the standard. This could have massive advantages in cost and unleash a number of new products. I see this starting in two major areas:

As a result, it will take a while for the revolution to change the way a home is wired, but like many products in the home, it will be a slow transition to this new wireless world. I’ll leave with a quote from an article published in Oilprice.com:

A truly wireless grid isn’t something we’re likely to see tomorrow, but it’s likely to be a reality someday in the fairly near future, and the power industry from power companies to transformer and power line manufacturers — and everything in between­ — should at least consider that future.

The technology is emerging to make this vision possible:

DIY Crafts : How to make a Valentine’s Heart Fabric...

DIY Furniture : Upcycle those old bi-fold doors into a...