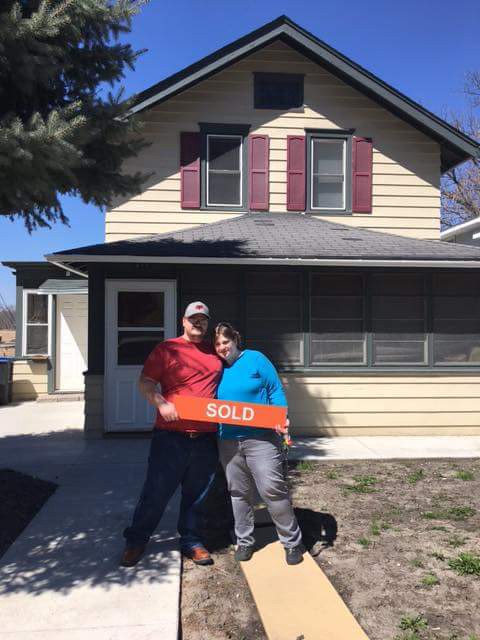 At the time my fiancee and I was looking to make the next in our life. We were living in a small one bedroom apartment with a dog, it wasn’t working. So we started house hunting in the early spring of 2017 at a time when the market was a very much a sellers market. We did the usual got a real estate agent, banker, and took an education class. We were only finding duds with poorly flipped houses. Houses were coming on the market and selling in a week time. We finally found one we liked and we had put in an offer, the other real estate agent said there was no other offers but there was. We didn’t get the house. It was defeating and frustrating. We had been looking for awhile now and we were losing hope, then a house came on the market.

It was built in 1883 and it past the eye test that I could see. There wasn’t anything majorly wrong like a bowing basement wall. We like the house and so did other as we put in our offer there was multiple offers from others. It was listed on Wednesday and by that Saturday we got the call we got it. We hired a home inspector to make sure the house was good. The home inspector come back and says yep it is fine nothing major they just behind on some maintenance like tuck pointing, painting the deck, and the only real issue maybe the roof shingles could be replaced in few years. The banker thought is was a good house, the assessment came back good, and so everything alright or I thought.

After moving that is when I had realize how naive I was and I just got took for a ride. I shouldn’t of listen to home inspector on the floors about how older homes have a slight slope for example. It was after living in the home for two months we started to call the house “The House of Wonders” as the things you would find just made you wonder. I wonder why did they put carpet over the hardwood floors, or I wonder why there is three types of flooring before you get to the sub-floor in the bathroom. Soon came problems with the chimney and I discovered that the home inspector failed to see that there a huge hole and while he was on the roof the flashing wasn’t good. There was also this rare earthquake happened after we moved in too. So I started calling contractors, electricians, and a structural engineer to assess how bad is this house.

It turned out to be pretty bad. Structurally at some point they had removed a wall in the basement which now has caused the plaster to crack significantly on the upstairs and the floor joists need to be replaced. There wiring needs to be updated. The list is long and plenty, the house turned out to be a lemon. I went back and found out it was a poorly flipped few years ago and while I didn’t have any legal rights. I wanted to give that guy a piece of my mind, so I tracked him down. I very carefully with my words told him that he did shoddy work. With an endless list and huge financial burden of either trying to fix “House of Wonders” or move on it has cause a great of stress.

Going on the two years we have own this house I had two back surgeries and one wrist surgery. While we try to improve on this house it hasn’t been easy. I had started redoing the kitchen cabinets in December of 2017 and they aren’t done yet. As we say often it just the House of Wonders that makes it so hard. Like the kitchen cabinets having the outdated cabinet hinges and trying to find replacements. We have learned so much from buying this house.

DIY Projects Video: Do it Yourself Hoof Crack Repair