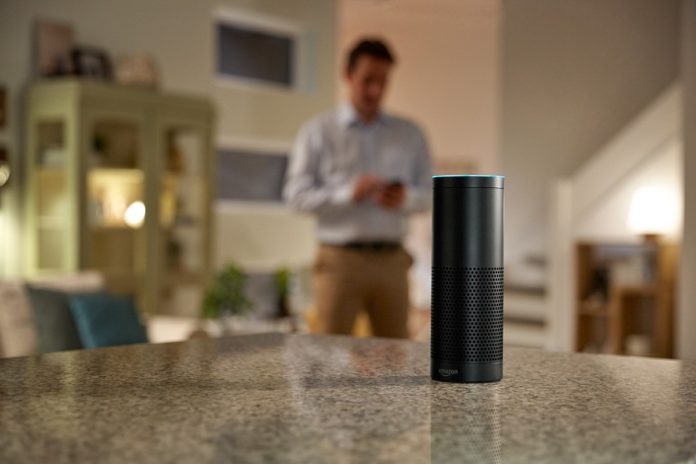 In 2011, Marc Andreessen of Netscape and A16Z fame wrote an OpEd in the Wall Street Journal:

Why Software Is Eating The World

The home is still one place where software has not taken over the user interface. This is largely due to the home being a hardware problem — hence why home stores were “hardware stores”. Look through the aisles of Lowe’s (like below) you’ll see lots of building materials that are relatively basic materials. Most components of the home don’t require electricity and don’t have sensors to communicate data.

There have been many attempts to attach a screen to the UI in the home, especially after the iPhone launched in 2007. The rise of the screen spawned many ideas for products in the home.

Then an e-commerce company from Seattle launched a product that would forever change the UI of the home. That product was the Amazon Echo with everyone’s favorite voice assistant, Alexa. This was the moment when the home started to enter the Home 2.0. We have crossed the chasm to a smart home with voice control as the UI layer for the home.

Voice as the UI layer

It shouldn’t be that surprising that voice is the natural UI for the home. This is the way that families have communicated information about the home forever. An interesting aspect of voice as the UI layer is that there is nothing visual or tactile to interact. The common thinking has been there needed to be a physical interface of the UI, whether a tactile experience like a remote or a touchscreen.

The challenge that Amazon and Google have solved is driven by advancements in technology, most notably natural language processing. These systems are able to accurately capture a sound wave, convert that to text and then search a database to find the command, all within a very short time horizon. The last part is due to the advancements in broadband and cloud infrastructure. The story is similar to many major tech advancements. The convergence of factors resulted in a perfect storm. We are still in the early days of voice as the UI of the home. There is so much growth ahead, as can be seen in the charts below on # of devices and skills the devices can perform.

There is still room for physical UIs in the home, but they are generally there to handle failovers with voice. The buttons on the Echo are redundant features that can be accomplished through voice commands.

Ambient UX to Connect the Home

A key reason why Voice is the natural UI for the home is that it is an ambient technology experience. The experience naturally fits into the home and your life. Alexa is like another member of the house, except has some limited features that are really great — like playing music and telling jokes.

I believe that Tesla is the best example of seeing how the transformation of the home can play out. Tesla is able to tune the performance of a car via over the air updates. It is reasonable to assume that we’ll have much more remote diagnostics and remote support in the future.

A voice interface looks different than on screen and will create a new category of UX designers that are strong systems thinkers that can’t rely on pretty graphics to entice users and will have to understand the constraints of AI. Skills are just the start of the design methods and over time will require designers that understand NLP and decision/recommendation engines. This will usher in a new designer, the AI Designer.

A small update that was announced last week was that your Echo device can be enabled to listen to unexpected sounds while you are away. To activate all you need to say is “Alexa, I’m leaving”. On its own, this is a small feature, but when you couple this with their acquisition of Ring earlier this year, they are building a strong security platform. Security is a large market segment and a natural solution for a solution that is the UI of the home.

Amazon is in a great position to create the operating system for the home and be a market leader in the $50bn+ home security market. I would not be surprised to see a Prime benefit that has basic home monitoring included and an upgrade option to full-professional grade monitoring. This model is similar to how they handle their Music and Video services today. The basic would likely be one step up from what Alexa Guard and Ring provide today and meet the needs of most homeowners.

Amazon recently made an investment in a pre-fab home company, Plant Prefab. The speculation is that these homes will be wired and designed around a smart home where Alexa is at the center of the experience. This means Amazon security solutions integrated into the fabric of the home and technology that can plug-and-play with your Alexa.

Amazon appears to be doing to homes what Tesla did to the car. Tesla rewrote the way cars were made and sold. While Amazon has yet to sell a completely automated prefab home, the writing is on the wall. You can imagine a world where a home has an integrated design like an iPhone. In this world, everything works together seamlessly. Today we live in the 1.0 of the smart home. Each component is an aftermarket solution. Amazon is in position create the 2.0 home where the voice UI is designed into the way we interact and live in our home.

It is possible that Tesla could also move in this direction with their Tesla roof and PowerWall solutions. Tesla will need to partner with Google or another company that has a voice assistant that works in the home to compete with Amazon.

It is still speculation that 2.0 will be an integrated house with UI built into the home from the start, but one that seems likely to occur. The 3.0 vision is likely the convergence of a new set of factors including 5G and wireless power. These two technologies integrated into the design of the home can enable a proliferation of sensors that can communicate with Alexa on various states of the home. These sensors will likely require limited energy and thus are a perfect use case for wireless electricity.

In a future article, I’ll discuss pre-fab homes and how automation can play a role in the home services market.

We are at the dawn of the smart home and where Marc Andreessen’s quote becomes reality for the home. Software is changing the way we live and the home is next on the warpath. We will see new job categories and skills required as these new technologies emerge. This will impact product designers and product installers (like electricians).

New technology ushers in new career paths and opportunities for entrepreneurs. A potential opportunity is to create tools to design ambient UX experiences that leverage voice. Tools like Adobe and Sketch won’t help you create a beautiful interface. You will need access to data files and simulation modules.

I am excited for the future of the home and the emergence of a new UI to design seamless experiences.

Home Improvement : Signs You Should Replace Your Canvas Shade Sails...

DIY Furniture : They turned trash into treasure, and so...