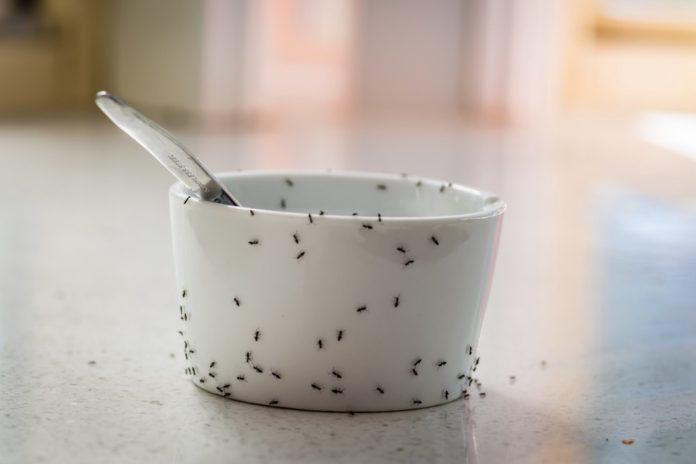 DIY : 5 Natural Ways to Keep Ants Out of Your House – Iupilon – Medium

Ants are amazing creatures, but they’re more frustrating than fascinating when they invade your home. Whether they’re taking over the bedrooms or waging war on the kitchen, you just want them gone. The only thing better than getting rid of ants, though, is to never have them inside in the first place. Here are five non-toxic ways to keep ants out of your house.

Ants hate citrus, especially lime. The acidic scent messes with their system so they can’t figure out where to go. Spray lime juice towards an ant and it will run away from you. You can use this to your advantage by juicing some fresh limes or lemons and spraying the juice onto your window sills and anywhere you think ants might come in. If you’ve just gotten rid of ants, spray the juice on and around the entry points that the ants were using. Another solution is to dip cotton balls into the juice and set them on window sills and near entry points. Be careful with orange, though, as oranges are sweet and might have the opposite effect of attracting ants. Stick to lemon and lime, and you should repel ants in no time.

In the same way that lemon and lime scents keep ants at bay, certain essential oils do, as well. If you’re hoping to keep ants from entering your home, mix up about 24 drops of your chosen essential oil in a spray bottle with water measuring around 16 ounces. Spray liberally around windows, doors, and entry points. Here are some of the oils that ants hate the most. You can soak cotton balls with this solution and place them around entrances, in cupboards, and near ant entry points, as well.

Vinegar is something of a double defense when it comes to repelling ants. Not only does the pungent scent of vinegar repel ants, it also wipes out the scent trails ants leave behind when they travel. That means any ants that previously made a highway through your house won’t be able to find it again, and if you have a few wanderers inside, they won’t be able to get back to the colony. If you don’t have ants at the moment, spraying vinegar around the perimeter of your house, both inside and out, can help keep them away.

Ants will not cross ground cinnamon. In fact, you can test this theory. If you go outside with some ground cinnamon, find an ant, circle it with cinnamon, and watch the ant walk in circles. They can’t cross the cinnamon line. You can apply this knowledge by sprinkling a solid perimeter of ground cinnamon right around the base of your house as close to the wall as you can get it. If you have pets, don’t worry; cinnamon is totally safe to use around your pets. However, if you’re currently trying to get ants out of your house, don’t use cinnamon just yet or they won’t cross the line to leave. Wait until you’ve won the battle, then line the perimeter of your house with cinnamon.

Just as ants won’t cross a cinnamon line, they won’t cross a line of baking soda, either. The fine powder is dangerous to them since it interferes with their version of respiration. Line the outside perimeter of your house with baking soda as close to the wall as you can and you should be able to keep ants out. Mix it with cinnamon for double protection.

Keeping ants out of your house might seem impossible if you live in places like southern California. While they certainly come with the terrain, they’re also manageable if you conduct regular prevention. You can always opt to use chemical repellents, but if you’re looking for a natural way to keep ants out of your house, try the solutions above first. You can even try combining a few for added benefits. It’s advisable to choose at least one indoor and one outdoor option to use at the same time. For instance, you could use cinnamon on the outside and essential oils on the inside. That way, your house is protected both inside and out.

Home Improvement : How to choose the right vinyl style for...

DIY Crafts : Don't throw them out or put them...