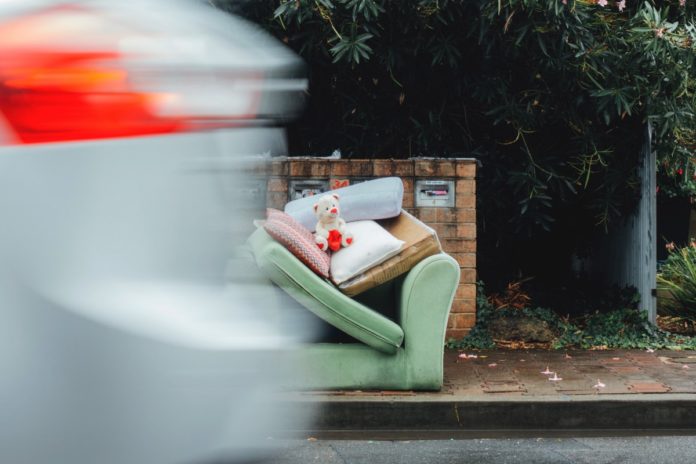 Home : Getting My Shit Together: Operation Ruthless Declutter

When the wrong kind of chaos threatens to bury you alive.

I’m running on all cylinders and I have all these balls in the air and . . . I wonder if I can fit another metaphor in there?

At least I’m not spinning my wheels! There.

No, but really. Life is really good right now, even if I am tired. It’s just there’s this one little issue.

My 1800 square-foot house is full to brimming with humanity and a whole zoo’s worth of pets. From my parents-in-law in the basement apartment to my oldest daughter sleeping on her little sister’s bottom bunk — with her dog and her cat — to Zach who has moved into the room my son vacated when he got his own apartment this spring. Plus my own dog. And a cat who recently decided to be an asshole who won’t use his litterbox — so he’s living in a kennel until he decides to behave himself.

I love the people and the animals. I love having them around me. I thrive on this kind of chaos. I wouldn’t have it any other way. I’m doing some of the best work I’ve ever done, in part because this kind of chaos activates my mind.

No. The people and animals can stay. It’s the stuff that’s getting to me. And let me tell you — I have a high tolerance for mess. If it’s starting to get to me, something really has to give.

I’m a severely right-brained creative. By the time things get to the point where I’m just standing in the middle of it, feeling like I need a helicopter to air lift me out of this mess, it’s pretty far gone.

Between all the people and the animals, the books, the Etsy shop supplies. Yeah. It’s pretty far gone.

My husband Kevin is going to take a week off work, so we can tackle this issue. Because right now, things are looking like an episode of horders around here.

I want to be a minimalist, I think. Kind of?

I mean, not the kind who doesn’t own anything. Not the tiny-house kind. (Unless I can have a tiny house in the driveway or backyard that’s ONLY MINE. I’d be down for that.) Or the monastic kind. I don’t need to be able to meditate in my kitchen. I’d just like to be able to find a pair of scissors when I need them, you know?

I’m not sure if being able to put my hands on a pair scissors at will qualifies me as a minimalist, but whatever.

I need a plan. A seven-day plan for finding some semblance of order. Or — I guess it would be ten days, if Kevin’s week off falls between his regular days off.

I’m not going to lovingly touch everything I own and ask it if it brings me joy, so just forget about that. That’s a hard no for me. I’m also not going for anything Pinterest- or Instagram-worthy.

I just want to be able to walk in my front door without tripping over seven pairs of shoes. Or find those goddamned scissors when I need them.

I think the best option is to completely empty one space at a time, then go through the stuff I took out to see what I want to put back. And get rid of the rest. I’m thinking — just start at the front door and move clockwise around the house.

Fill up the car with donations and take it down to the Goodwill when the trunk gets full.

I cannot be trusted to sell most this stuff. I’ll just end up with a ginormous ‘garage sale’ pile that never, ever gets actually garage saled. That’s not going to help!

Ruthless decluttering. Operation Ruthless Declutter. That’s what I’m going to call it. Kicking the wrong kind of chaos in the teeth.

Ruby has her last soccer tournament of the season this weekend, in Sacramento. When we get home — Operation Ruthless Declutter starts. Kevin’s asking for the days off tomorrow.

Be prepared for some embarrassing pictures. Because if I don’t over-share, it didn’t really happen. (It must be so fun to have me as a mom.) And also, it won’t get done.

DIY Furniture : To make this dressier have a bit...