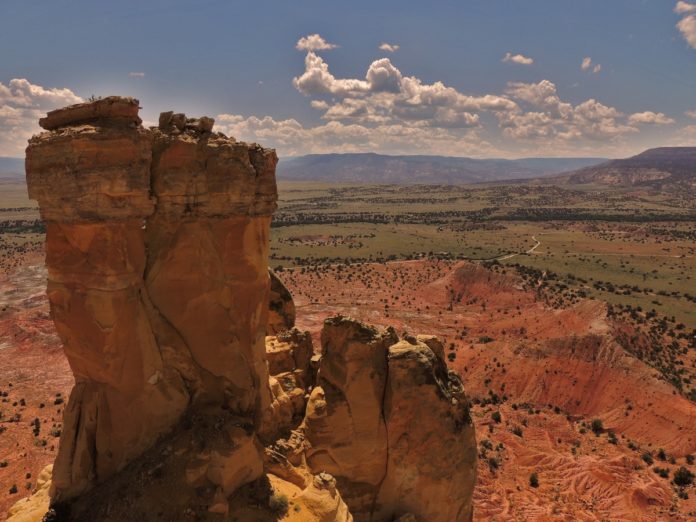 Dougald Hine and I will be teaching a five-day residential course from June 4–8 in Ängelsberg, Sweden. This is a second reading list offered as no more than an invitation to the 22 scholars who are joining us in early June. To read more about Dougald and Anna’s new school called HOME, visit their website — and if the place speaks to you, feel free to fill in the inquiry in hopes of joining them for a future course.

Of Solitude and Box Elder Bugs

I was alone a lot when I was a young boy. Or at least that’s what I remember. The long summers in a small town among the hills and dairy farms of southwestern Wisconsin. I had friends, other boys, who passed into and out of my life, but mostly I had solitude.

Summer days could be long. Both of my parents would be away at work, and both of my sisters — the middle child still living and the eldest one now gone — would be off doing their own things. The big gray house on the outskirts of town, therefore, would be very quiet.

The youngest one, I would pass the time alone.

Sometimes (often?) I would bounce a basketball. Or two basketballs. Or shoot hoops. Sometimes I would bounce a tennis ball off the garage door. Sometimes (maybe more often?) I would take a bat and hit a ball around the yard and into the pasture. There’s something truly lonesome about hitting a ball around a yard and into a pasture, walking or running over to fetch it, and then smacking it again. Lonesome to experience but also, I imagine, to watch. Thus would each long summer day wear itself out.

1989 brought us a terrible drought. Box elder bugs were just everywhere — knock on the side of any house and they’d fall out en masse—and the lawns were so parched and yellowed and prickly to the bare foot that cracks in the soil began showing up here and there. Now that I think of it, the whole scene feels something melancholic. That one could have been an even longer summer doldrum than the others.

My parents said, “Either you spend the day with your friends, or we’ll find you some work to do.” So work it was. In addition to my usual chores like cleaning the bathrooms and mowing the lawn, each summer I was assigned the task of repainting some exterior part of the house. I hated it.

My parents must’ve thought, “Better useful than idle.” I don’t remember them telling me this, but maybe they did.

Honestly, I was a pretty shitty painter (a slightly less-than-half-assed ironer of my father’s dress shirts). I worked slowly and found ways of excusing myself (though it must have been hard for me to persuade myself that watching TV or hitting a ball around and around was a far better alternative). And ours — my justification may have gone — was a big and awfully ugly house anyway. Which it was. But still.

I believe this assignation had the undesired effect of making me find labor contemptible. (This and discovering the liberal arts later on in life.) Life is funny that way. While the Protestant work ethic stuck when it came to schoolwork (for there I was assiduous: one reason why it took me so long to become “deschooled”), not so with regard to chores and, by implication, future jobs. The Ancient Greeks whom I met much later on life, they who disdained work and honored politics and contemplation, seemed to me to get it about right. Or enough of it right anyway.

I’ve never had a job for longer than three months.

And I’m glad there was no such thing as the Internet then.

My mom recalls that, when I was a young boy, I used to play quietly by myself; that I didn’t give her too much trouble; that I didn’t say much; that I was quite quiet. Walking home from school alone made me a contemplative boy. The plum tree out front, each year as fruitless as the last, was ever a wondrous thing to behold.

A revision: a quiet, strange boy. Not an out-and-out oddball but just not quite. Didn’t quite fit in. Didn’t quite belong here. Wasn’t well understood. That whole thing.

Questions came from somewhere, elsewhere: “Who am I? Why am I here?” Over the decades, this feeling of strangeness, of being not totally weird but weird enough was transformed into a desire to find out who I truly am.

Which made me, really, especially, quite truly and without false modesty, unfit for modern work in a wage-based society but, hey, surprisingly well-suited for being a seeker, for hungering to come to apprehend why I’m ultimately here, and — well, here we are today — for embracing a Zen Buddhist path in the hope of finding my “original face.” By which, I mean: my home.

Like you, I long for home. Whatever that is, hopefully we’ll catch some glimpses together.

On most days, I philosophize with people living around the world. To philosophize is to ask and seek to answer the most basic questions of human existence and for our lives to be the best answers we’ve come to so far.

During the past seven years, I’ve had philosophical conversations with many individuals in the United Stated, in Scandinavia, in South America, in the Middle East. After a while, I began to see something uncanny happening: the more I spoke with those I’d never met before and who’d never met each other, those from different cultures and backgrounds, the more I began to notice that work had come to be central in their lives and that they were suffering as a result. In fact, the closer I looked, the more I began to see work almost everywhere. I wanted to know how this occurred, what it meant, and why it mattered.

Josef Pieper’s writings somehow came back to mind and ‘locked’ things into place for me. After World War II, Pieper worried that what he, if only in passing, called “total work” could take over the world. It’s that inquiry that I continue to follow not just to understand how such a thing happened (if it did) and not just to see what it means for us (it definitely means something) but also to reckon with how we can live otherwise.

Well, I know you’ve been waiting patiently for sometime for that promised reading list, and I think it’s high time for me to share it with you.

Some Books I Cherish

If you have time to read the first essay in Josef Pieper’s Leisure: The Basis of Culture, do that and you’re golden. Of all the books critical of work today, Pieper’s remains, to me, unsurpassable because it sets such a high store on the contemplative life. Most don’t really see what’s been lost as we make the turn to the modern world, but Pieper does — and with such clarity. Like Pieper, I want to critique what I call our “work society” in order to free up the possibility of our discovering why we’re truly here. The stakes, I believe, are very high.

If you have time to read one other treatise, then plumb for Max Weber’s The Protestant Ethic and the Spirit of Capitalism (PDF). While it may seem like a daunting thing to read, it’s really not. It’s actually quite refreshing. Weber, very much in the spirit of philosophical inquiry, wishes to come up with some provisional views on whether a Protestant ethic could be the intellectual foundation of capitalism. Throughout, he’s searching, taking tentative steps. And that treatise, filled with gems about “the calling” and about “this-worldly asceticism,” still speaks to us today.

If you’d like to have a look at a short version of my thoughts about total work, then this Aeon piece is the one to go with.

As for the life of contemplation, more than once have I found myself moved by Edward Abbey’s Desert Solitaire, a non-fiction account of his time in Arches National Park in Utah as well as a deep meditations on being alive, and by Marilynne Robinson’s Gilead, a novel describing the life of John Ames, a Congregationalist minister in a small town in Iowa. Both books offer a capacious view of life in which a feeling for one’s place in the general run of things is described with such sweetness, care, beauty, and — above all — love.

I think that’s it. Thanks for reading, and I’m looking forward to seeing you all in Sweden in early June.

The American Southwest, May 2018

DIY : To Sterilise An Industrial Kitchen Area Without Utilizing Chemicals...