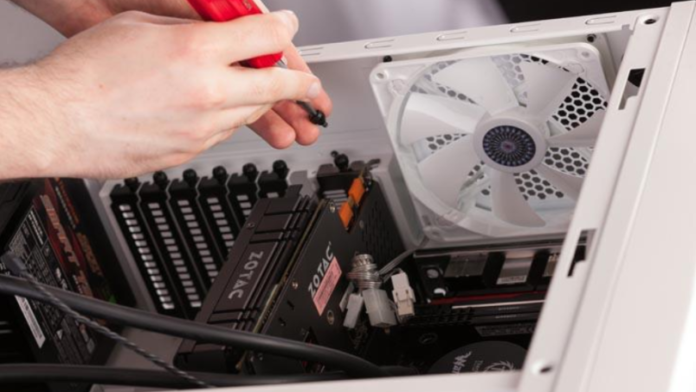 DIY : Why PC Builders Should Stock Up on Components Now – PC Magazine – Medium

The Trump administration has already imposed a 10-percent duty on Chinese imports, which includes PC cases and graphics cards. That jumps to 25 percent in January, much to the chagrin of vendors big and small. We talk to NZXT, MBX Systems, and Nvidia about what’s next.

NZXT is a popular PC desktop case vendor, but the California-based company recently had to raise its prices. Why? The new US tariffs on Chinese imports include PC cases.

In September, the Trump administration imposed the 10-percent duty, which also cover motherboards, graphics cards, and CPU coolers from the country. As a result, NZXT had to introduce a 10 percent price increase on PC cases to deal with the added costs, VP Jim Carlton told PCMag in an interview. And building a PC could get even more expensive in 2019; US tariffs on Chinese-made goods will rise from 10 percent to 25 percent in January.

“If I needed to build a system in the next six months, I’d definitely build it before the end of the year,” Carlton told us.

For PC builders, the tariffs risk adding a few hundred dollars to the total cost of components for a custom desktop. “If it’s a $2,000 purchase on 25 percent tariffs, it’s going to be a $2,500 purchase,” Carlton said. “So we are very concerned with the direction of where this is going.”

“I don’t have a 10 percent [profit] margin I can just throw away and absorb the tariffs,” he added. “And certainly no one has a margin for 25 percent.”

But retail consumers won’t be the only buyers affected by the tariffs. MBX Systems is another US provider of hardware systems, which focuses on enterprise customers. The Illinois-based company specializes in assembling servers, which are then resold by its clients, such as cybersecurity firms.

Last month, the company told its customers the bad news; more than 30 component suppliers — including Intel, Samsung, and Seagate — had been affected by the tariffs, forcing server component costs to go up.

“We’ve seen anywhere from reluctant acceptance by the customer — where they’re not going to increase the cost to the end user — to others that will push back heavily,” MBX Systems president Chris Tucker told PCMag.

Part of the pushback is due to the way the enterprise market works. Buyers of MBX System servers can end up signing contracts with their own clients to provide the hardware — but at a fixed cost, prohibiting any future price increases for the duration of the contract.

Clients “are going to have to make a choice: either change the pricing structure or choose to eat the costs,” Tucker said. “We’ve seen people do both.” But he expects that to change when the 25 percent tariff goes into effect. Customers will then have no choice but to consider price increases.

Trying to Stock Up

To avoid the added costs, US retailers have been stockpiling PC components that were imported into the country before the tariffs went into effect. As a result, consumers might not encounter any price hikes online just yet.

For instance, pre-tariff PC cases made by NZXT are still moving through the sales channels, Carlton said. Retailers such as Amazon and Newegg also like to maintain large inventories on PC parts. To meet holiday demand, vendors usually start shipping PC components into the country in July, months before the tariffs went into effect, he added.

But pre-tariff inventories will eventually run out. What then?

Some suppliers have been shifting certain manufacturing activities away from China, Nvidia told PCMag. The company didn’t go into detail, but an Nvidia spokeman said manufacturing has been moving to areas inclulding Taiwan , home of several motherboard and graphics cards makers such as MSI, Asus, and Gigabyte.

But leaving China isn’t a near-term solution for every vendor. “We have been looking outside of the country for factories, but we can’t save much cost versus what we save in China,” Carlton said. Factories elsewhere are less efficient and can end up adding 5 to 10 percent in manufacturing costs over China.

“Even if we wanted to do manufacturing in the US, it would take years of investment to get the infrastructure,” Carlton added.

That may have been one of the implicit goals of the Trump’s administration decision to issue the tariffs: to bring manufacturing back to the US. How feasible this is has been debated over the years. But in the meantime, hardware providers fear the coming price increases will slow sales — especially when the tariffs rise to 25 percent in January.

“It’s not adding anything of value to our customers,” said MBX System’s Tucker, who said the tariffs have also been consuming the company’s time. “We have probably spent hundreds of hours managing the price changes,” he added. “If I’m going to boil this down, it’s a pretty heavy labor tax on our organization.”

There is an important catch with the tariffs; they cover only PC components, not finished desktops or laptops from China. That’s good news for average consumers who just want to upgrade their PC. But it’s a problem for smaller PC dealers who import components from China and assemble the hardware in the US.

Linn Huang, an analyst at research firm IDC, said it’s too early to tell what kind of impact the tariffs are having on the market. Nevertheless, the potential price increases risk making it unsustainable over the long-term for smaller hardware vendors in the market, he said.

Big-name vendors “don’t like the tariffs, but they can weather them. They can stomach them much better than the little guys,” Huang said. “Hardware margins are already razor-thin as they are.”

Cyberpower, a US-based company that assembles gaming PCs, warned as much back in September. “In our company’s 20-year history, the proposed Section 301 Tariff Action is the greatest threat to our company’s survivability to ever arise,” Cyberpower said in a public letter to US trade authorities.

“As a small business, we are already facing tremendous pressure from large global manufacturers like HP/Dell/Apple, which [have] a greater capacity to absorb these increased costs from the new tariffs,” CEO Eric Cheung wrote.

President Trump and China’s President Xi Jinping will be among the leaders at the G20 summit in Argentina later this month, where a resolution could be reached. But if the two fail to ease trade tensions, the White House is reportedly considering new tariffs on all remaining Chinese imports, meaning cost increases for all.

In the meantime, retail consumers can still find PC components at pre-tariff prices online. Buy them while supplies last.

“All of us are trying to absorb the costs. We don’t want to punish the American consumer if we don’t have to,” NZXT’s Carlton said. “But at some point, it becomes a fundamental issue about if you can keep your business moving forward.”

DIY Furniture : How to Build a DIY Faux Drawer...