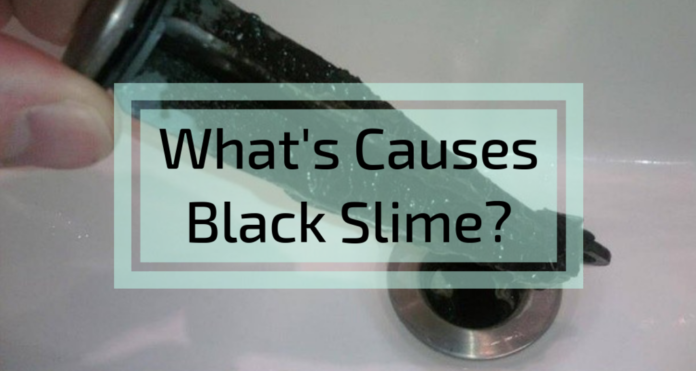 DIY : What’s the Black Gunk on My Fixtures?! – SimpleWater – Medium

Common Causes and Ways to Remove Black Slime on Your Faucets

Sludge…slime…gunk–whatever you call it, you probably don’t want it near your drinking water. It’s sticky, it often smells, and it can leave you puzzled. On Tips for Taps, we’ve already addressed common causes of white residue on fixtures, but now it’s time to come over to the dark side…welcome to the world of black residue.

Black residue on faucets and fixtures is a very common problem and we’re here to answer:

What Exactly is the Black Slime on Your Faucet?!

Before we get into the exact cause of the gross gunk, let’s take a step back and look at what flows from the tap. Along with H2O, tap water often contains dissolved minerals. Two of these minerals are iron and manganese.

Iron and manganese are both naturally occurring, non-hazardous elements found throughout the earth’s crust. As water travels through soil and rock, it can dissolve minerals containing these elements and holds them in solution. Most drinking water contains traces of dissolved iron and manganese. While they don’t produce a health risk, elevated iron and manganese concentrations can be a nuisance in water supplies–producing an unpleasant taste and off-putting odor. Iron and manganese in drinking water are not known to have any health impacts. Because they are chemically similar, manganese and iron often create similar aesthetic problems–which includes black film, gunk, or sludge. The sticky, slimy, stinky residue can make itself at home nearly anywhere water flows in your home.

Whether it accumulates in the faucet aerator, around the tub drain, inside the toilet tank, or even inside your tea kettle–black slime is usually due to bacteria that feeds on oxidized iron and manganese in your water supply.

Is Black Slime on Fixtures Dangerous for Your Health?

There are no federal primary drinking water standards set for either manganese or iron because their presence in drinking water is not associated with health effects, however there are regulations regarding secondary standards for both. These standards are set to fight nuisance problems (e.g. black slime) and aesthetic issues (i.e. taste, odor, color).

The U.S. EPA recommends maintaining a manganese concentration at or below 0.05 parts per million (ppm) in drinking water. Neither manganese nor manganese-related bacteria are considered dangerous at the levels that typically occur in drinking water. Manganese exposure from water and food (our largest source of exposure) are not known to have a negative health effect. In fact, manganese is an essential nutrient and is required by the human body in small amounts. Similarly, manganese bacteria is categorized as non-pathogenic. Some evidence does suggest that if manganese is inhaled in high concentrations over time, it can lead to neurological issues–but this is rare and not caused by drinking water.

Like manganese, iron (and related bacteria) are not dangerous to human health. Drinking water standards for iron are set based on potential nuisance and/or aesthetic issues. The EPA recommends a secondary maximum contaminant level (secondary MCL) of iron in tap water at 0.3 ppm.

While iron-related bacteria often produce reddish-brown slime, when they react with naturally occurring tannins (organic matter from vegetation) it frequently forms black, sludgy residue. This is why many people spot black slime inside their tea pots–as tea contains a high concentration of tannins.

How to Get Rid of Black Slime on Your Fixtures

Although black slime may have a few other causes (i.e. oxidizing pipes or dissolving rubber seals in your water heater), iron- and manganese-related bacteria are the common culprits (especially in homes supplied by a private well). Subsequently, if you want to know how much manganese or iron are in your tap water, you must test.

Once you’ve confidently identified the presence of iron- or manganese-related bacteria, it’s time to solve the problem once and for all. Unfortunately, online research often points you toward temporary treatment measures, rather than lasting fixes. The temporary “fixes,” such as replacing pipes and regularly cleaning the affected area, will cost you time and money–but will not solve the problem. Because the root of the problem stems from the water supply itself, you must focus your attention there (i.e. the cause) rather than the slime (i.e the effect).

If you are on a private or shared well:

Shock chlorination might be the answer. Take a look at our comprehensive, step-by-step guide to shock chlorination here. Just remember: It is nearly impossible to kill all of the iron- and manganese-related bacteria in your well water system. The bacteria will eventually re-grow, so you may want to repeat the treatment from time to time. Feel free to reach out at hello@simplewater.usif you have any questions about the shock chlorination process!

If you are on a municipal water supply:

If the source of your bacterial problem is your city water system, then using at-home chlorination will not have the desired effect. The best treatment method depends on a variety of factors–such as the concentration and form of iron and manganese in the water, whether or not iron- or manganese-related bacteria are present, and how much water you need to treat. Each of these factors will help determine the most efficient/cost effective treatment method for you. Several treatment options include:

There you have it. The black sludge at the bottom of your drain is no longer a mystery. While certainly alarming to find, it shouldn’t leave you scared. It’s not as spooky as it seems–just a little stinky and slimy.

If you have black slime on your fixtures and want to test your water, send us a message (hello@simplewater.us) and our team of chemists, engineers, and water treatment experts can point you in the right direction!

Home : 11 Brilliant Ways to Maximize Space in Every Room...

DIY : How to Build your Own Wireless Router from Scratch...