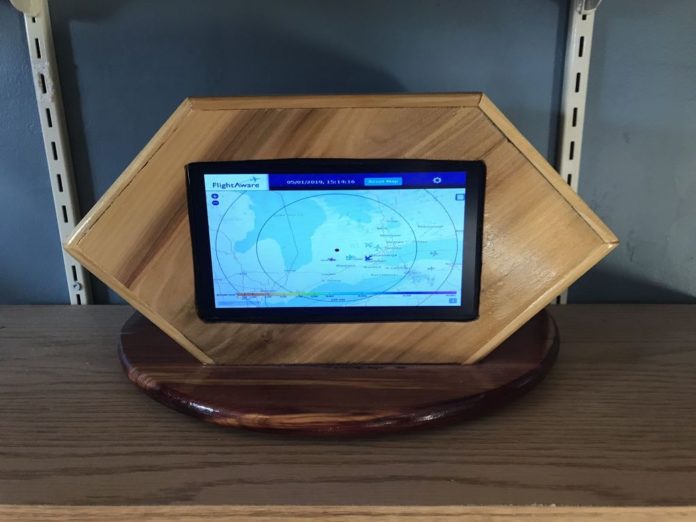 DIY : Track the Planes Above You with This Raspberry Pi-Equipped Radar Kiosk

Did you know that every commercial and private flight in the world is logged and tracked? That tracking is crucial to flight safety and security. But, surprisingly, it’s also publicly-available information. A company called FlightAware publishes that tracking data which includes a GPS location, altitude, and heading of each aircraft. Over on Instructables, you can follow user Amackay’s guide to use that data to build your own radar kiosk.

This build will require two major components: a Raspberry Pi (the particular model isn’t important, but it needs WiFi), and an LCD screen that accepts HDMI input. Next, you’ll install Raspbian. If you’re using an older Raspberry Pi model, like Amackay is, you may want to use a version of Raspbian from a few years back. The current versions of Raspbian are optimized for the more recent, more powerful, models, and won’t run as smoothly on older models.

Then just follow Amackay’s instructions to configure the software. This will automatically launch Chromium on boot, set it to the full-screen kiosk mode, and go to the FlightAware website. It will set your current location, so you’re shown a map of the planes around you. Then all you have to do is put it all in some sort of enclosure. Amackay provides a guide for making a wood enclosure like the one they built, but feel free to get creative with yours!