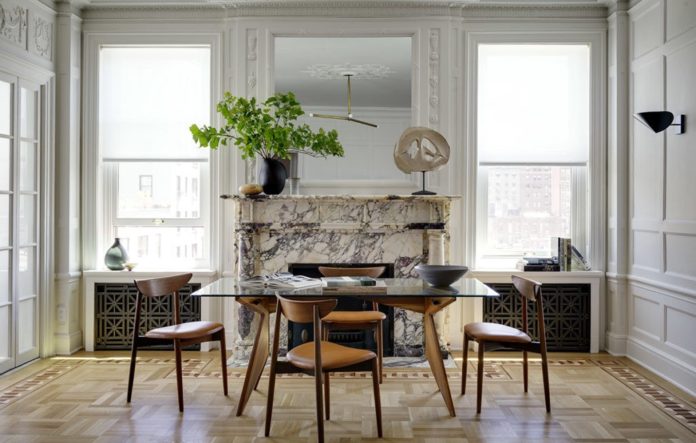 New York has never been shy about showing off its unique style, something which is very important in architecture and interior design. The city is home to some of the world top designers; giants of the industry that continue to influence trends and seek new approaches.

Rated alphabetically, these are the most sought after NYC interior designers in 2018; it’s far from completes but represents the best of the design industry now.

Named one of the “Top 10 Designers to Watch” in both New York Spaces Magazine and New York Magazine, Brad Ford has been the mind behind countless top-tier projects in the city. Ford is known for his focus on minimalism and contemporary craft. The best place to see his work for yourself is the showroom he designed at Cast iron House in Tribeca.

Having completed landmark projects like Gracie Mansion and worked for such clients as Madonna and former Mayor Bloomberg, Jamie Drake has more than earned his place in the interior design hall of fame. His designs are known for their unique detail, vibrant colors and combinations of traditional and modern styles.

Through his published work and appearances on shows like The View and HGTV, Jeffery Bilbuber is a household name in interior design. His style is uniquely American with a mix of traditionalism and modernism. All his work is one-off, based on the client’s wishes and his imagination. Beauty and practically is his mission.

For those in need of eco-friendly design, Kati Curtis is the top Manhattan-based designer to talk to. She’s one of only a few LEED AP ID&C residential designers in the city and works to create practical, beautiful and efficient home designs.

With over 30 years of experience, Mariette Himes Gomez is a name everyone in the design industry is familiar with. Architectural Digest named her one of “The World’s 20 Top Greatest Designers of all time”. Her style is one of minimalism, subtle colors and a serene design that focuses on glamor and sophistication.

Robert Stilin is a man with a vast knowledge both of design and New York City. Splitting his time between NYC and East Hampton, Stilin has spent the past 25 years outfitting apartments across the city. His designs bring together warm colors with vintage furniture and striking art to create something both comfortable and practical.

Consistently honored in “The AD 100”, Thad Hayes specializes in bringing a perfect balance between modern elements and historical ones. His firm has attracted such notable clients as businessman Leonard Lauder and fashion design Marc Jacobs while his work has been profiled in numerous publications like Elle Décor and Architectural Digest.

Known for his enthusiasm and affable manner, Thom Filicia’s mission is to make home décor accessible to everyone. His style is both down-to-earth and straightforward which seeks to make entertaining and practical spaces. When he’s not working on home décor, he’s designing furniture and accessories.

Named one of the ten most influential designers in America by House Beautiful, Vicente Wolf is a name that’s impossible to miss in NYC design. Vicente brings his numerous passions to his designs such as photography, art collection, and world travel. He’s completed projects all over the globe and is continually searching for new ventures.

With 20 years of experience designing residential homes, Victoria Hagan is a name to be reckoned with in NYC design. Her design philosophy brings together strong silhouettes, high-quality materials and sophisticated colors that continue to inspire.

Amanda Nisbet is a New York interior designer at the top of her game. After starting her design firm in 1998, her work has appeared in publications such as The New York Times, Town & Country, Traditional Home, Oprah at Home and more

She released her own interior design book in 2012. Nisbet’s interiors respect classic design standards, but they also reach beyond expected qualities by mixing patterns, textures, and colors.

Brad Ford started his interior design company, Brad Ford I.D., in 1998. He has become popular for his residential spaces. His work emphasizes functionality and elegance. His name has appeared on Top 10 Lists in New York Magazine and New York Spaces magazine. The International Furnishings and Design Association listed Ford as one of the Rising Stars of Interior Design.

Tom Scheerer has created beautiful spaces in New York City since 1985. More recently, he has worked on large projects in the Bahamas. Many individuals and companies want Scheerer’s design skills because he works within any style. He uses modern furniture to create wonderful interior spaces in New York City, but he also remodels an island style hotel just as effectively.

He stands out as a versatile designer who can capture the visions of his clients. Scheerer’s work has appeared in magazines such as House & Garden, House Beautiful, and Architectural Digest. House Beautiful also included Sheerer on its list of top designers in the United States.

Thom Filicia mixes modern and traditional elements to create unique spaces. His abilities have made him more than an interior designer. He has also offered design advice on many television shows, including “Queer Eye for the Straight Guy,” “The Oprah Winfrey Show,” “Ellen,” “The View,” and “Good Morning America.”

Eric Cohler’s talent lies in his ability to mix high and low design concepts to create eclectic spaces. His talent for mixing textures and colors in unusual ways has earned him the nickname Mixmaster. While based in New York City, Cohler’s design firm does work all around the world, including Asia and the Caribbean.

Cohler writes for House Beautiful, The New York Times, and Traditional Home. House Beautiful named him one of America’s Top 100 Interior Designers. He has an Excellence Award from the International Furnishings and Design Association. Also, he has appeared on numerous television shows.

Much can be learned from the eclectic styles of New York’s best interior designers. Because the city is such a mismatch of culture and style, designers can use this diversity to their advantage to design residential and commercial interiors to fit any taste.

DIY Crafts : If you DREAD cleaning and roasting pumpkin...