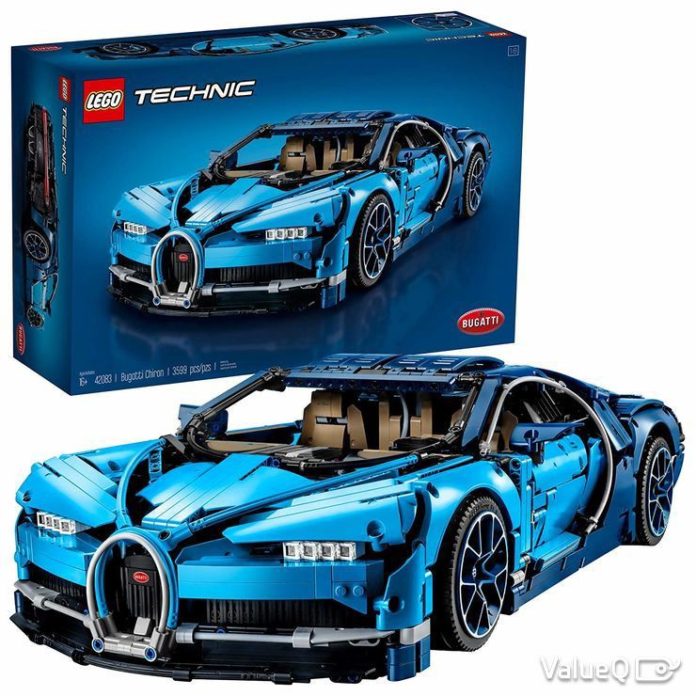 Note: This article was originally posted on ValueQ, where may offer you an impressive discount. Make sure you check ValueQ before you make the purchase.

As a product that can entertain people from the age of 0 to 99, Lego is loved by people of all ages for its assembling creativity and rich product line, but its price is not cheap. If a person wants to buy one, especially some high-priced, large set limited edition, he will always have a heartache. So what are the most popular LEGO products? This article recommends 6 of the most cost-effective LEGO products for you.

This model is a super flagship sports car released in the second half of 2018. It is built according to the original car license ratio of 1:8. It has attracted a lot of attention once it was released. Whether the restoration of the original car or the production of internal power structure, this Bugatti Chiron is interesting. The complex design of the W16 cylinder engine, double shock and brake disc highlights Lego’s emphasis on this super flagship product. As it is the newly listed product, the price is currently high. After all, if you have the newest LEGO of this kind, everyone will envy you.

This roller coaster can be said to be the most anticipated product in the first half year of Lego’s new product released in 2018. Except for the huge set of 4124 pieces, this roller coaster has successfully ranked among the top 20 of Lego’s largest set, and its oversized size of completion allows players to eagerly try and buy. The completed roller coaster can be manually used and additional power-driven motor accessories can be added to simulate the real roller coaster operation. It is the most worthwhile LEGO big set in 2018, both in terms of playability and modification.

Lego has produced many excellent ships before, like European-style pirate ships, steampunk-style RV Sirenian, etc., but there are no ships with the characteristics of “mysterious East”. This Destiny’s Bounty is Lgeo’s first Asian-style ship. The ship is also the third ancient sailing ship with a double deck in the history of Lego. The whole ship is shaped like a double dragon. It is full-bodied and structurally stable. The sail is painted with the logo of dragon and lotus. The hull is hung with red lanterns which is oriental. It is a big boat that is worth buying.

As a programmable Mindstorms robot, although it has been released in 2014, the popularity has always been great and it is popular among players whose manual dexterity and mental dexterity. The advantage of this robot is that it can meet the needs of different people. It is easy for players who have no programming foundation to get started. For advanced players, you can build a dedicated robot according to your own creative purposes.

The theme of Star Wars has always been popular among LEGO, and the ucs series is welcomed by many fans with its wonderful design, lots of bricks and classic background. This Millennium Falcon deluxe edition re-built the out-of-print 10179 Millennium. In addition to the perfect restoration of the battleship image in the movie, it has the amazing size of 7541 pieces and weight of 16kg to become the most collectible Lego.

Lego’s city series has always been popular among children because its scenes are close to real life. Among many themes, there are not many products produced by Lego on the subject of hospitals. although four small set hospitals have been released before. Until this city hospital was released in June this year, it officially owned a large set hospital building. So, it is definitely worth buying.

Please check ValueQ for more information. Thanks for your reading!

DIY Crafts : Since you pinned it, go ahead and...

DIY Furniture : Mom’s need some fun time too, and...