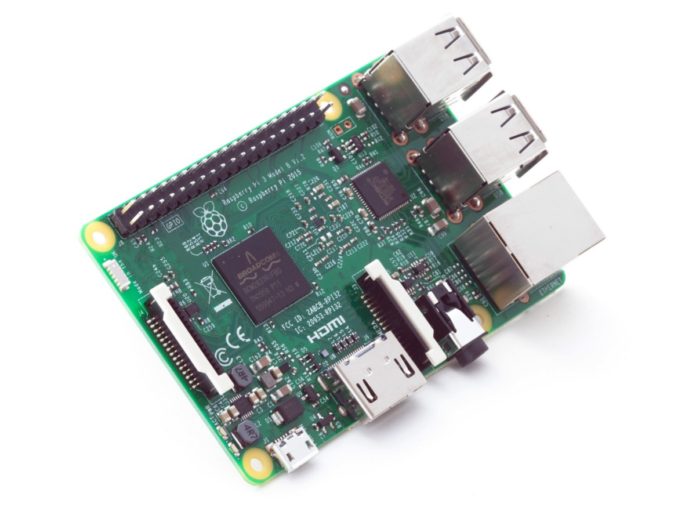 For the Pi, you don’t have as many distro choices as in x86, and the differences between them are more focused on purposes than technical matters. So they differ more in the sense “if I want my Pi to do xyz I’ll install this distro”, instead of “I’ll install this distro because I prefer their license policies, release strategies, etc”.

Of course you can still choose between Fedora, ArchLinux, Debian and many other popular distros in their ARM versions, but there are also tons of those “single-purpose” operating systems, such as Libreelec (media-center), Volumio (music), RetroPie (games), etc.

You can easily see why this is the case, as being the Pi small and cheap, people would want it in many situations to be dedicated to a particular goal. And it could be handy not to have to put the whole system together. So those distro developers take care of details and do the heavy lifting for a particular use of the Pi.

Back to my case, my needs were that I initially wanted to run Kodi on my TV and had some secondary/future uses on my mind. Besides that, I also had seen many different uses of the Pi, such as playing retro games, programming the GPIOs with Python, etc, and I too wanted to get a taste of it. My Pi would be my media-center, but I should also be able to play with it, as in “run other software whenever I wanted without much hassle”. That’s a multipurpose computer after-all.

However, getting in touch with the community, I noticed a mentality of “one OS, one purpose”. For instance, people who wanted a desktop but also a gaming would be often pointed to buy another SD card. Then install Ubuntu Mate ARM on one, RetroPie on the other, and switch the cards whenever they wanted each one. Or, alternatively, to buy a large card and make it multi-boot (which isn’t as simple to do as in a regular x86 PC).

Coming from the “you can do everything with your Linux install” mindset, this level of hassle just to make the small computer to do more than one thing really impressed me. Would it be a limitation of the Pi? Of course not, and it didn’t make any sense.

In many cases (RetroPie being an exception), there is also no (easy) way to have something similar to a distro experience on another distro. For example, how would you install Volumio on Raspbian? I’m not asking for bit-perfect playback or anything. Just a “good-enough” Volumio. Currently you don’t. You probably would try to mimic what Volumio offers, installing MPD, Mopidy, etc.

So I noticed two things: one is that novice users are often not guided to the full possibilities of a ARM Linux computer, and led to think you have to go through all that trouble so your Pi can do more. And the other is the distro fragmentation, which makes difficult to have many nice things in the same installation.

Indeed, you would be in trouble if you wanted to stream audio in perfect sync with video and also use software dependent on PulseAudio on your system. But making a few compromises should be enough to enable you to use your Pi for more than one purpose. Depending on your goal, that compromise will be much less costly than having many cards and switching them, or multi-booting a dozen of systems. In other cases, I agree, you should not only buy another SD card, but also another Pi, and dedicate them to specific uses.

DIY Crafts : a DIY mug for a christmas gift...

DIY Projects Video: DIY MICKEY OR MINNIE SHIRTS DO IT YOURSELF