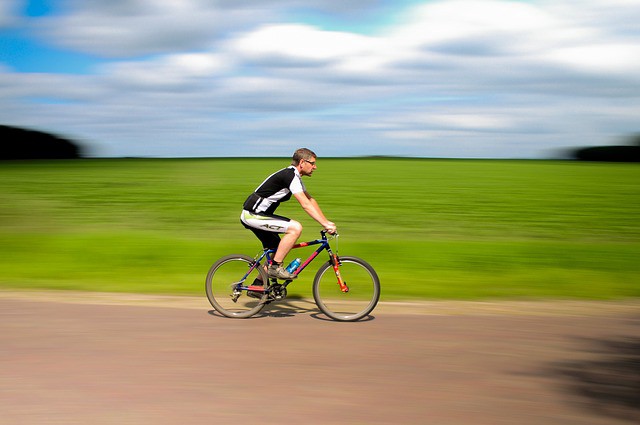 DIY : Teach Yourself or a Child to Ride a Bicycle in 2 Hours or Less (Without Training Wheels)…

The method I will describe below is the method that I used to teach myself how to ride a bicycle at age 9. Since then, I have used this method to teach others with great success.

When I was a child of about 5 or 6, during summers my parents would take my younger brother and I to visit our extended family. Besides the older adults, this always included several of my cousins many of whom only slightly older than I was. They were always as eager to entertain and play with us as my brother and I were to be entertained and to play with them.

While two to five years difference in age is negligible between adults, developmentally, it often constitutes a world of difference between children. Of most interest to me at the time, my cousins were old enough to own and ride bicycles. Prior to being exposed to their prowess at operating two wheeled vehicles, my self locomotion had been confined to the world of three wheelers — specifically tricycles and my Big Wheel. My cousins’ bicycles were more rugged, faster, and could propel them to worlds beyond the immediate sight of their parents. I had to have one.

Over the years, my cousins would graciously try to teach me how to ride without success. Finally at the age of nine after many scrapes and skinned knees, ,I took the bull by the horns and resolved to teach myself how to ride.

What follows is the procedure I came up with…

Balance-Pedal-Steer, Balance-Pedal-Steer had been my thought process in my every riding attempt. Instead of introducing myself to riding by attempting to learn all three concurrently, I decided that I would try to master each skill independently starting with balance.

Find a shallow incline such as a shallow hill or handicap ramp and position yourself at its apex. With hands on the handlebars and arms essentially locked forward (Steering straight), attempt to ride the bicycle down the incline from top to bottom without allowing your feet to hit the ground.

During practice, it is important not to use your legs for pedaling but instead to extended them as necessary for balance and as natural training wheels to prevent yourself from falling over. Practice this skill as many times as necessary until you can make it from the top of your incline to its bottom without letting your feet touch the ground other than to launch (at the top) and to stop (at the bottom). Once you have mastered this procedure you’ll be ready to move on to the next step…

If you followed the instructions from step 1, you locked your arms so that you could steer straight to focus on balancing. Now with the skill of balance under your belt, its time to attempt steering. Instead of stopping yourself at the bottom, allow the bicycle to continue using the kinetic energy you gained from traveling down the incline. Continue to steer the bicycle until it loses all momentum on its own. Be sure to avoid any obstacles in your path.

Once you can effortlessly balance and steer the bicycle using nothing more than the energy supplied by the force of gravity and the incline, use your legs to pedal. With balance and steering already under your belt, if you are like I was, pedaling will come naturally.

The secret here is to acclimate your body to the feeling of balance and control required to operate the bicycle. Once you have mastered “balance”, the rest of the process should come easily. They say that once you learn to ride a bicycle, you never forget. I suspect the ability to balance on the bicycle is what they’re referring to.

After years of failure, using this method I was able to master the skill of bicycle riding in about 45 minutes. I have known the joy of riding bicycles ever since.

DIY : William Osman Turns Garbage Into an RC Boat in...

DIY Skin Care Tips : How To Make A Homemade...

DIY Furniture : This technique is so gorgeous!