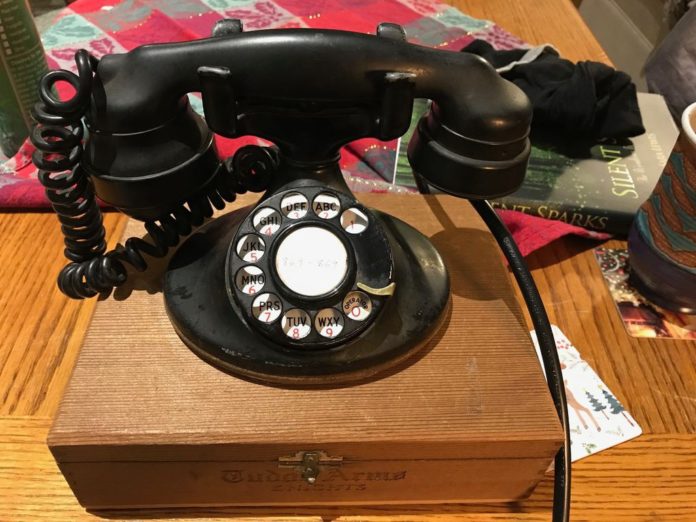 For some families, opening Christmas presents is a free-for-all, while others enforce a strict one person at a time policy. Still others — or at least one — has an entirely different tradition, where “The Mad Wrapper” comes up with an escape room-like game to determine which gifts are to be opened. The centerpiece of Christmas 2018’s game was a heavily modified Bell Model 202 rotary telephone that signals the appropriate person’s name tag when the number on a present is dialed.

The telephone uses a Bluno Nano — which acts like an Arduino Nano with an onboard Bluetooth module — to dynamically connect to tags, each of which contain their own tiny, Arduino-compatible Bluno Beetle. board. When contacted by the “phone” system, green, blue, yellow and red LEDs hidden inside blink away to indicate that the box is theirs to open.

While one could duplicate this project for Christmas 2019, there are a few interesting technologies at work here that could be employed in other projects. Playing sounds via an SD card, as implemented in the central phone is of course useful, as is decoding the clicks of the dial for numerical input. Perhaps the most useful tidbit, though, is the ability to dynamically select from a number of Bluetooth modules, as used here to signal each tag.

As seen in the first video below, it looks like quite the event. Interestingly, actually figuring out how to use a rotary phone can certainly add to the game’s challenge depending on the ages of those participating.

DIY Crafts : A white farm house makeover that is...

DIY Furniture : Learn how to make your own Bench...