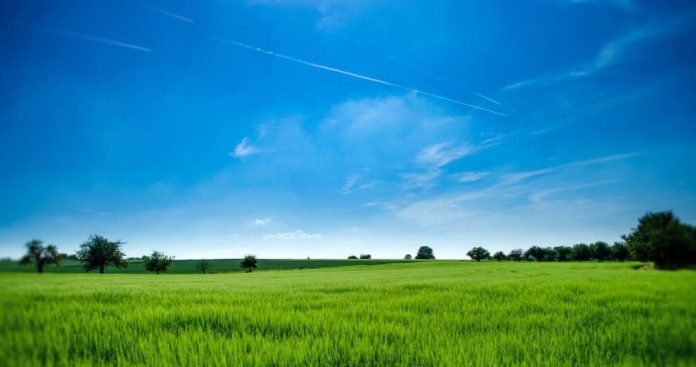 I thought my previous experience digging the trenches for the irrigation was hard. I had another thing coming.

Once my irrigation was in, I did take a few days off just to relax and enjoy my irrigation doing it’s thing for a few days over my bare soil (and win some brownie points so that my partner didn’t totally murder me.) It was nice to just see it doing it’s thing and not exploding and hosing water everywhere because a total amateur had put it in. It did in fact reinforce that, “yeah, I can do this thing!” feeling.

So after a few days of relaxing and letting my back recover, I brought up the issue of the grass with the partner. I initially thought I’d just get fake grass and be done with it forever, but when I did the maths I realised this was a stupid idea! so then I dropped down to turf — once again, a stupid idea, too expensive.

I figured, why would I get turf? so that I have a monoculture growing? I don’t really understand or care for the appeal of that myself. It would be all in and done super quick? I could see the appeal of quick seeing as I’m technically a Y-gen, but then on second thoughts I easily had 3months before the Wet Season really hit and I was sure I’d have grass in place myself and established by then. So, no I wasn’t bothered about speed either.

I calculated the turf alone would cost somewhere in the region of $4000 to get put in and that wasn’t including the labour costs, cost of topsoil or watering in the stuff. In fact, my neighbour bought turf and put it in himself and his came to $3725 and this didn’t include the cost of hiring a bobcat to level his land and topsoil. He doesn’t have irrigation either so I see him out most nights hand watering his garden — not really sure which is a more cost effective way of doing things to be honest.

So, as I was doing the calculations for the actual grass I thought I’d go ahead and get the topsoil and get that laid. So, off I popped to my builder to get some advice on the matter. He said I should lay about 7–10cm thick topsoil, pack it down nicely and then just throw some spray grass on top.

What the hell is that?!?! Turns out it was the answer to my prayers! So, as well as ordering about 25 cubic meters of topsoil from the Sage mob on Vanderlin Drive — who are absolutely fantastic by the way, I literally use them for ALL my landscape supplies now, especially since they have trailers they lend out for no extra cost — I started looking into spray grass!

For my block of land spray grass would cost about $600. perfect!

So, now I had a mountain of 15 cubic meters of topsoil on my front garden and I had picked the spray grass mob I was going to use. Just had to lay all that soil down now.

This, is where I had to stop for a while. I realised after talking to my builder and some of the spray grass people on the phone that this was actually supposed to be the last thing I did in my garden. Reason being that once topsoil and spray grass was down, there was to be NO WALKING on the block until the grass was established — which could have taken easily a month or more!

So, everything ground to a halt until I sat down and figured out what the next REAL step should be.

Garden beds! (read this and then return here.)

Once the Garden beds were in, I needed a break. I was totally broken! I had COMPLETELY under-estimated the power of my soil! It was like doing goddam quarry work as a prisoner in a Wild West movie! The only thing didn’t have was the stripy black and white jumpsuit!

When the time came to finally get the topsoil down (it’s about July 2017 now), I employed the help of a friend and added my neighbour’s wheelbarrow and my other neighbour’s spade to my own, for the job. Two wheelbarrows, two spades and the two of us with our lovely partners looking on for encouragement, constructive criticism and water breaks would be all it took to complete this mammoth task.

We were fierce and almost unstoppable together and in half a day we had decanted out the 15 cubic meter mountain.

Bloody hell we were proud of ourselves for getting that done!

I just had to order the second load now and get on and decant THAT out too! #sadface

I was pretty broken by this point so once again I bit the bullet and called AJ’s DIngo hire to help me out once I had ordered the last 10 cubic meters of topsoil. Once again he made easy work of the job and within a couple of hours had flattened out all the topsoil over the whole garden, smoothing and levelling the topsoil out everywhere I had just tried to do it myself with my foot and spade. Yes, he even did that flipping bloody verge! Thanks mate!

Then it was just a case of calling in the spray grass mob. They came, did their thing and boom I had this mat of greenish papery seedy stuff over every inch of topsoil on my block.

The next bit was easy, I had to make sure that I kept the spray grass moist at all times for the next 4 weeks or so until it popped up and got established. This was only tricky because of the slight downward slope of my block towards the front of my house — which is a good thing! The water would drain away and so patches of the spray grass would dry out faster than others, and other patches stayed soggy/drenched at all times.

​After about 4 weeks though, it didn’t really matter, the grass had grown brilliantly over the whole block. There were however some large patches of nothingness but I just used a couple of bags of grass seed from Bunnings to fill in those patches — again, I don’t care for monoculture grass so that solution was fine with me. The company we went with for the spray grass had also forgotten to send us their “caring for your grass” document, so I had no idea what else I was actually meant to be doing in terms of optimising it. No worries though, it took about 2 months (until Sept 2017) all in all and the grass was fine.

The only other odd thing that happened was, whilst the grass was seemingly “established” and I tried to walk on it, the ground would just sink in places! I figured this was probably a combination of poor ground prep prior to putting down the topsoil (not that I have any idea about how you’re supposed to “prepare” it), having topsoil too thick in some places and maybe just the grass wasn’t as established in those spots. I was concerned however, that if those spots didn’t “tighten up” in time for the Wet I’d lose the soil in those bits when the rains came.

In the end I got fed up of waiting and just got my lawn mower out and just mowed the whole bloody lot, established or squishy or not. 14months later, it’s all perfectly fine, growing perfectly well everywhere. The Wet Season did nothing but good stuff for my grass and every now and again once there’s some hideous weed growing in it or something I just go and pull it out. August 2018, and I have a fairly thick polyculture lawn, with all sorts of stuff growing in it that’s awesome to walk around in and cost me next to nothing and (with my irrigation in place) basically looks after itself.