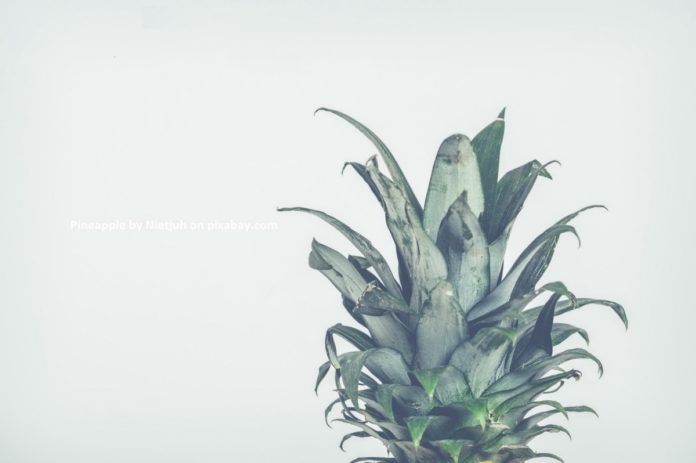 It was another fine Dry Season day in Darwin, Northern Territory, Australia.

It was about September 2016 and the last 6 months or so had been a huge super fun learning experience albeit a little tense at times. My partner and I had just finished building our first home. This was indeed the big one. The one we were going to raise a family in, live in for a hundred years, have thousands of pieces of junk in and create millions of awesome memories in.

“What about the garden?” I remember my partner asking me around the time we first purchased the block, “It’s a bit big, isn’t it? Looks like a lot to look after.”

And at the time I totally remember saying something along the lines of, “oh, who cares, I don’t really give a shit about the garden.” Thinking I’ll just throw some fake grass down and call it a day and never have to bother with my outside space ever again.

After all, kids love big empty spaces right? So, that’s just what it’ll be…

Ok, so the house was ready and we were slowly moving our junk into it. A friend helped us out by lending us her ute and we lugged a shit ton of furniture (some we’d bought and some I’d made out of pallet wood, of course), suitcases full of junk we forgot we ever had (yet, still decide it was too important to part with) and other bits and bobs my partner decided we just needed (I was instructed to merely nod in agreement or else).

next step: how do we get our bond back?

Turns out I’d largely forgotten about this bit. So when we built, the area buildy people (whatever they’re called) took a bond off us to make sure we’d build the place and complete EVERYTHING on the block according to how we’d said we’d build it on the building contract. Now, I didn’t realise that meant everything, I mean INCLUDING the damned garden!

So, the damned bureaucrats got me. I had to give a shit about this stupid garden.

Now the picture above was clearly what the dream ​was meant to be, but as they say, “all good plans…”

Our horrendous Wet Season came and went and my garden was an absolute mess. What on earth was I going to do?

This is when the obsession began.

Look, at the end of the day I just had to get this bloody bond back. I was sure I could do it cheaply and make it largely maintenance free and then I could forget about the whole thing and live my life, right?

As you’ll read in “the obsession Begins” I’d spent roughly a month or so figuring things out. Where to make what bit of the garden, how things were costing up, how much time the whole thing would take etc. The whole while my partner was busy losing the plot!

“How long is this going to take?”
“You’re spending all your time out there! You don’t spend any time with me!”
“just F*&%#$G pay someone to do it, I don’t care how much it costs… it’ll cost less than my sanity!”

Luckily, this was about the time when my mother bear was up too. And she LOVES gardening. BINGO!

Here was my overall list of jobs, I think the first one was all I asked mother bear to help with, the rest I did ALONE:

1. Weed and clear the whole block/what ever we could muster
2. Level the whole block
3. Put the irrigation and garden edge in
4. Garden beds and planting stuff
5. Top Soil

Well, that look’s pretty easy doesn’t it?! Yeah, that’s what I thought too.
(check out each post for more info on how I went and have a laugh at my expense)

It was actually around the beginning of September 2017 before I had all that work done. With all the hiccups along the way, my partner cooking up a bun in the oven and me being only a few months into a new job and still learning the ropes, I was glad I was finally done.

This is how it eventually looked:

As you can see, I had grass, I had a few little plants growing and there’s no doubt it’s a garden!

Those patchy dark and light green grassy bits were not shadows, it was where I filled in the patches with bags of seed from Bunnings — so yes, I’ve got MULTIPLE species of many different things growing in my lawn and it’s still no way near a monoculture. Just the way I like it, just the way nature intended. The actual bumpiness of the ground that you’ll notice was the actual unevenness of the ground’s surface.

I didn’t really care at the time and I’m glad I didn’t because come 2017 Wet Season, by the time it was over in Apr 2018, the ground had nicely (mostly) evened itself out and packed itself down naturally through the pounding by the rains, me mowing (and walking) over it every 2 weeks and drying out during the Dry Season. I now have a lovely mixed culture grass, full of every kind of weed and many different types of grasses all thriving beautifully and all feeling gorgeous under my feet. I do still occasionally pull out a nasty looking, prickly or overgrowing weed in the lawn and encourage the grass to grow over that spot but I’m definitely not a lawn person and so mostly concentrate on my garden beds. Also at least for now, whenever we’re chilling out there as a family we get a picnic rug out anyway, so it’s really no big deal.

We decided to celebrate my success with a couple of ornamental gecko’s for the veranda (So Darwin…) Here’s the view:

Sorry about the crap pic, you know what these 2016 phone cameras were like.

Funnily enough those three plants you see growing — none of them survived the second (2017) Wet Season, even though every wisdom in the NT says they should have. So, in July 2018 I put in my experimental veggie patch in that spot.

Let’s back up a little!

After I’d finally finished building the garden to the standard our council (or whoever) wanted it, it was time to get my BOND BACK! Just in time for the Wet Season and the arrival of the newest member of our family!

I was luckily able to mow the lawn whilst my partner was in labour, and make a beef stir fry too! At least we were prepared for once we were home later that evening 🙂

As you can imagine the gardening was on hold for a bit after my angle-faced child came home and we got busy with parenthood!

The Wet Season was very interesting that year. There was far less damage than the year before, most things actually did quite well and even the grass seemed to thicken up nicely. As I said before I was expecting to lose 50% of my plants but I only had about 5 casualties all Season. Here’s the full account

After the Wet Season was over, it was about April 2018 before I picked up a shovel and got serious about my garden again.

This was the time my Parents came to visit!

DIY Crafts : Autumn is here, and today Holly has...

DIY Projects Video: Do it Yourself Projects and Self Reliance (Building...