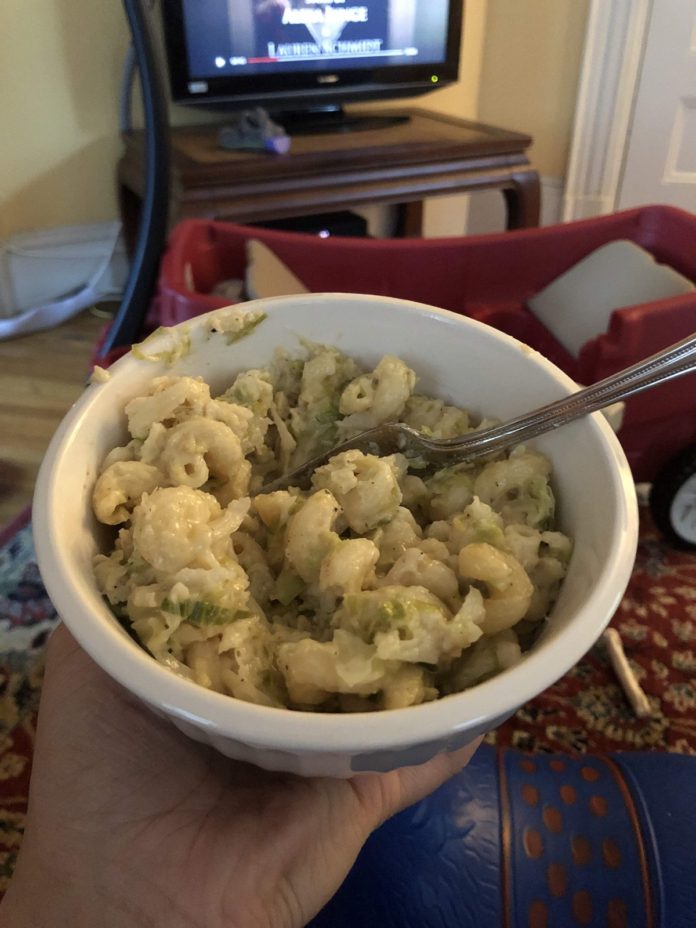 We moved to Boston from London during the first week of May.

And although we arrived into a fully furnished house that included a kitchen stocked with professional-grade supplies, knives, and cookbooks (the landlord is a professional chef), we haven’t really been feeling up to doing recipes every week. It was hard to stick to this routine when we hadn’t even developed a life routine.

I started back at work two weeks after we moved.

Another week after that, Rowan went back to school at a new daycare near my office in Harvard Square.

It took another two weeks before I got the system down for packing his lunch, which took a good 40 minutes a day of agonizing over portions and balance.

Then, three weeks after that, our stuff finally arrived.

In the meantime, we just moved stuff around the house and put a lot of the landlords’ belongings into storage — including many of the cooking supplies, which began to overwhelm us.

I have also been feeling the fatigue of driving in summer traffic, as it takes me an hour from when I close my office door to when I open the front door of the house. It doesn’t really inspire a cooking mood.

Since we left London, nearly ten weeks ago, we only got as far as Jeff making one dish from one of the cookbooks that was here, “Blue Ginger,” by Ming Tsai. But we didn’t document it! And we can’t even remember what it was.

Truly, I have often felt guilty about not living up to this project. As much as I’ve wanted to keep up with the cooking and writing, I push off the guilt and tell myself that blogging about recipes isn’t worth any more stress.

Fortunately, in the intervening weeks, we have also had a lot of visitors and family who all came to cook, especially my sister, Sami, who bought us the Smitten Kitchen cookbook and made/froze a ton of great dishes from it. My mom and Mark came and made a ton of excellent food, including a ridiculous amount of hummus that the baby ate/dipped his hands in. My dad came and made us breakfast and broke in the bbq. And Jeff’s mom left me some individual meatloafs to defrost and eat for dinner when Jeff is traveling.

But now we’re back at it!

Weighted Blankets DIY : How to Get Motor Oil Stains...

DIY Furniture : You won’t believe how amazing it looks...