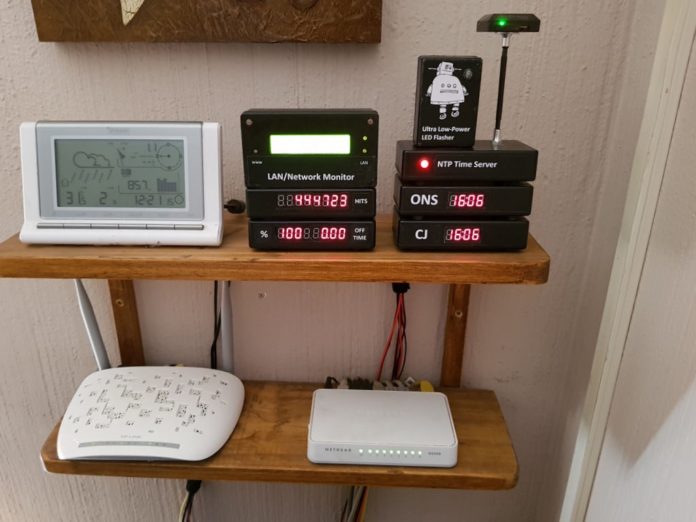 DIY : Keep Tabs on Your IoT Health with the DIY LAN/Network Monitor

IoT (Internet of Things) is great — until something goes wrong. Because IoT devices are designed to be small, unobtrusive, and inexpensive, it can be difficult to tell if they stop functioning properly. Eric Brouwer’s LAN/Network Monitor removes that uncertainty by keeping tabs on your IoT network, and his tutorial will walk you through how to build one.

Brouwer designed the LAN/Network Monitor as a response to a common problem in smart homes full of IoT devices. Most IoT devices have, at best, a status LED to let you know if they’re connected. That doesn’t do much good when they’re tucked away out of sight, and doesn’t really provide you with much information even if it’s visible. If you’ve got an IoT smart timer turning your pool filter on and off, for example, you probably won’t know if it stops working until your pool fills with gunk.

The LAN/Network Monitor will save you from a gunky pool, and all manner of IoT mishaps, by continuously pinging your IoT devices and the internet to let you know when you have a problem on your network. The monitor itself is inexpensive and simple to build, and all you’ll need is a Wemos D1 Mini, a small LCD with an I2C module (if it’s not built-in), a few LEDs and resistors, and a button.

Assembly is straightforward, and all of the components can be soldered to a small strip board. The files to 3D print an enclosure are available, if you want to go that route. Brouwer has provided the code, which can be uploaded to the Wemos D1 Mini with the Arduino IDE. The device will automatically host a web interface that you can use to connect it to your network. From there, you just enter the IP addresses of your IoT devices and a few websites to monitor.

If any device stops responding to pings, you know it has a problem. And if none of the websites are responding, you know the internet is down. It’s a simple and easy solution to a problem anyone with IoT devices is bound to encounter.