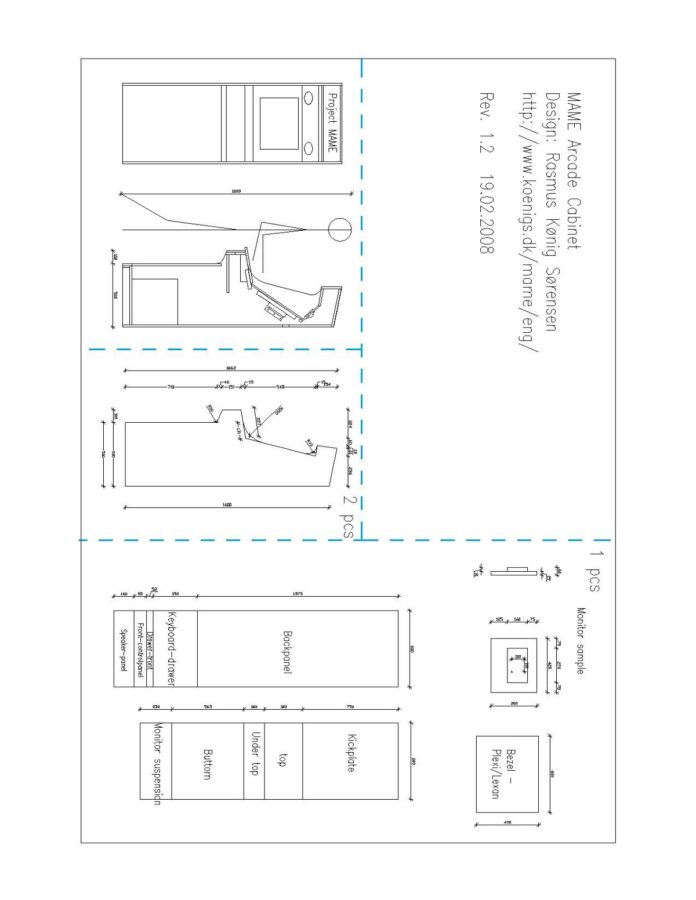 So it all started when I started to play a game called Robotron 2084 on an online emulator. I then thought that it would be really cool to have my own arcade to play old/retro games on. I started planning it all out and realized it wouldn’t be too expensive and it would be a really awesome project.

I spent hours going through different shapes and designs until I settled on the project Mame blueprints.

I really liked the shape of this design but I wanted to make my arcade very authentic so I added an extra 100mm to the depth of the design so that I could fit an original arcade CRT in the cabinet. I then got to building the cabinet, I decided to go with MDF for the frame as it makes the arcade feel solid and it doesn’t warp when it gets wet. It’s also fairly easy to work with.

I used long wood screws for all the joints as well as wood glue to ensure a secure bond. All pieces were held together by corner clamps while the glued dried. I counter sunk and then used wood filla to hide all the screws.

Once the the general structure of the cabinet was secure I started deciding on the angles of the different sections such as the screen and control board. I used no specific angles I just went with what “looked and felt right”.

I then searched and tried to find an original arcade CRT, luckily for me there is an online store near me: homeofarcadia.co.za — They were able to find me a CRT that was from an original arcade. They also supplied me with a new control board and transformer for the CRT. I then placed the CRT in the cabinet, I sadly ended up scratching this CRT slightly and tried to remove the scratches but I was unsuccessful so I decided to buy another CRT. I then realized I was going to have many issues trying to get the CRT to work but that’s for another blog entry. 🙂

Home Improvement : UNDERSTANDING PERMITS FOR BUILDING A DECK IN EDMONTON

DIY Crafts : Tis the season for all sorts of...