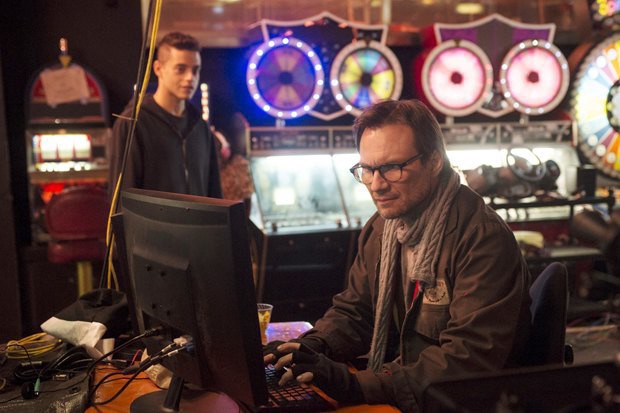 Brmlab hackerspace in Prague is one of the strangest and coolest places I’ve ever been.

I’ve spent at least two hours searching for it. Having accurate address, I’ve finally managed to find it by exploring all nearby buildings. It turned out to be a couple of quarters from the original location while original location was pointing to some ordinary condo.

Coincidence? I don’t think so. You never know what to expect from hacker space…

Finally I’ve found it. No doubt it was entrance to hackerspace, but unfortunately, the door was locked. I’ve knocked a couple of times, hoping that there was somebody inside… Nobody answered.

On my way out, the door unexpectedly opened behind. That was the first time in my life when I met half asleep Czech hacker. He was very hospitable and agreed to show the place.

The idea of the place is to let creative makers work on cool things together, sharing tools, space and knowledge. It’s like opensource in the world of DIY. Events and meetups are held regularly as well.

Just have a look at talk topics wishlist.

In fact, the guy whom I met was sleeping there. He was Android developer, if I’m not mistaking. The workspace had nothing in common with shining yet another IT company’s openspace HQ. It looked liked a truly underground dig where dirty scripts that would steal all BTCs from your wallet were being developed.

Seems like Prague developers use beer instead of coffee. There were a lot of boxes full of empty beer bottles.

Being full of different tools, including 3d printers, 3d milling machines and a lot of other stuff it looked like Rick’s garage from Rick and Morty.

I’m not kidding. Underground floor in quite place that is hard to find. Mr. White could be jealous of such a lab.

Biological lab makes a perfect match with chemical lab if you need something truly organic.

DIY James Bond. Handmade CIA. Mr.Robot would have won in the very first season if he‘d had access to such a space.

The hackerspace was full of handcrafted devices, like a Raspberry Pi-powered vending machine in the kitchen, Bitcoin ATM, loads of PC hardware everywhere. Cool, really cool.

Brmlab seems to have moved to another place in March 2018. Hope that their new place is even better than the old one.

Don’t miss a chance to visit.

DIY Crafts : Make your flowers stand out by adding...

Home Improvement : A Book Lover’s Guide to Spring Cleaning Your...