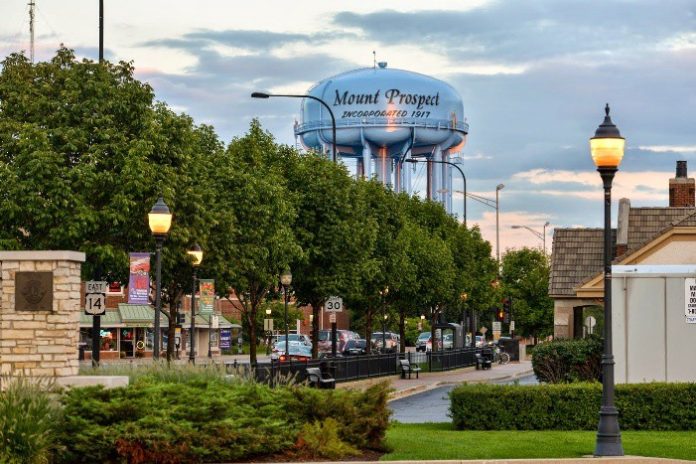 DIY : Growing a Scene in the Heart of the Suburbs – Adeline Menchaca – Medium

I began my “emo phase” in 7th grade, right around the time I moved to Mount Prospect. I remember thinking the suburbs were posh, boring and preppy. Of course, they’re all those things. But just like anything else, it’s not that simple.

As my music taste refined itself from Black Veil Brides to American Football, I began getting more into the music scene. In the last year, I have started a band with my best friends, opened my house as a DIY venue, attended countless shows and met many, many band members. I’m just dipping my toes into the DIY culture, but I can say with certainty that Mount Prospect contains a slept on, bustling scene.

Music has always been a major part of Mount Prospect’s history, the show Glee was based off of Prospect High. Today, the village hosts multiple annual block parties downtown with all day live music. Every festival has live music; Fourth of July, St. Patrick’s Day, random days in the summer, etc. Individual streets can host a block party for a fee of $25 dollars, where police provide construction horses to block off the road and allow for street-wide celebrations, which always host a few bands throughout the day and night. My band, Panda Diplomacy, has played a few of these. As for playing real venues, every single bar in the downtown area hosts live music every week. Mrs. P & Me, Brick City Tavern, Emerson’s Ale House and now the Red Barn.

House shows are also abundant in the area. In my junior year, I went to my first house show only 10 minutes away. My neighbor just a few houses down hosts live music in their driveway regularly. I know multiple house venues in the town, and I host monthly at the Panda Palace.

The 56 Music Fix celebrated its first festival last year, boasting multiple stages funded by local small businesses, with each stage packed full with live bands and attendees. I highly encourage looking into this fest for this August.

The easy access to all ages shows has inspired the current students of Prospect High. This year, we have had multiple students from the school contact us regarding them creating their own bands and playing at my venue, since we are graduates. The local bars even allow bands of all ages to play, further helping the scene grow. This is relatively unheard of in Chicago. Most bars won’t even risk someone under 21 being allowed to see a show. This is a major detriment to the music scene, because catching a show with a group of friends is a fun, safe, and exciting experience. Being able to just go to a show on any weekend night is a luxury not many towns can provide, but I am eternally grateful that Mount Prospect can do that for not only us, but other bands in the area.

If you are ever in Chicago or in the Northwest Suburbs, Mount Prospect is right off of the Union Pacific Northwest Metra line. I highly encourage coming to catch a show.

In addition to regular house shows, I am hosting a DIY festival called Capo Fest on June 22. 24 bands, 2 stages.