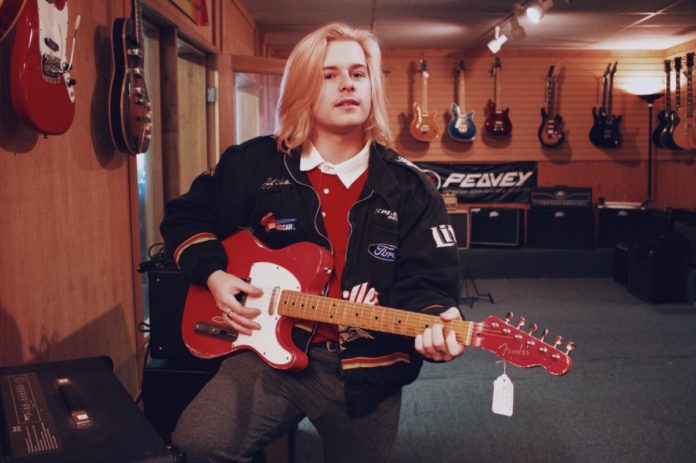 Griffin Washburn, better known as Goth Babe, is another DIY producer. Washburn spends his time traveling the country in his camper, chasing rocks to climb, waves to surf and wilderness to conquer. Between all of the outdoor activities, Washburn records material for his Goth Babe project using the same multi-track process.

When asked if he believes that the alternative scene is becoming more DIY, Washburn answered, “100%. You can go to Guitar Center or Best Buy and end up spending like 200 bucks and record an amazing record rather than going and spending 200 bucks in a studio and it would get you an hour or something. I think the most spent on me with a manager, with a huge discount, was like a few grand for a day.”

Washburn continues, “After that recording session I ended up getting Ableton and I’m just more happy with the stuff that I’ve made over the few thousand spent on a day of recording. Rather than telling someone else how I want things to specifically sound, it’s nice to just like do it myself.”

“I think that the major market will still be in the studio, but I think all this new stuff like trap music will continue to be made in bedrooms and that’s what’s getting number ones right now,” says Washburn. “You can make a $30,000 track on Ableton. That track can make you that much money quickly and who knows how much money these trap artists are making? It’s absurd. They’re making it with Ableton and FruityLoops and probably a microphone they got at Guitar Center for like 100 bucks and it sounds like it’s supposed to sound.”

DIY Skin Care Tips : How To Make A Lavender...

DIY Furniture : Add a modern touch to your living...