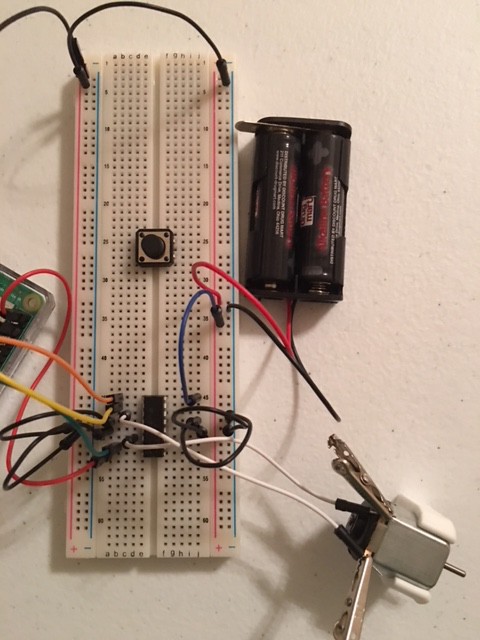 What all do we need?

PINs on Raspberry Pi: Figure#1is an image showing all the pins of Raspberry Pi 3 Model B+ (It has 40 Pins).

I have gone through multiple articles and where the PIN#1 started from seemed different in different articles. After few trials and errors, i came up with the Figure#2 reference image. And based on some other articles (one of them linked here), this looks accurate. However, this is the reference i will be using for this demonstration.

It is recommended to have the Pi turned off when making multiple connections to avoid short-circuits on accident.

I have color coded all my wires that i used for connections as below:

Note: I am using BOARD mode for PIN numbers on Pi

Figure#3 shows the above connections:

For easy access to the ground on the both sides of breadboard, we connect the vertical line with vertical line on other side as shown in below image.

2. Connect the Batteries’s Positive to the vertical connection same as PIN#9’s.

3. Connect the Batteries’s Negative to ground.

Connections are all done.

Power up the Raspberry Pi

Create a file with a name of your preference with “.py” extension. For this demo, let’s call it motor.py and paste the below code into this file.

In above code, we see the below happening: (The line numbers represented are serial numbers of the below.)

6. Finally, we clean up to reset all GPIO pins of Raspberry to its default values.

All Set, Ready to run the motor?

Go to the directory where the above file is stored from command line and run the below command. (If you used a different file name, use that file name.)

The motor should have started running. And the terminal would show below:

After running for 10 seconds, the motor should have stopped. And the terminal would show below:

So, now we have the motor running by passing signal from Raspberry Pi. There are more things that can be done like controlling the direction and speed of the motor and controlling more than one motor. We will look at those things in upcoming stories.