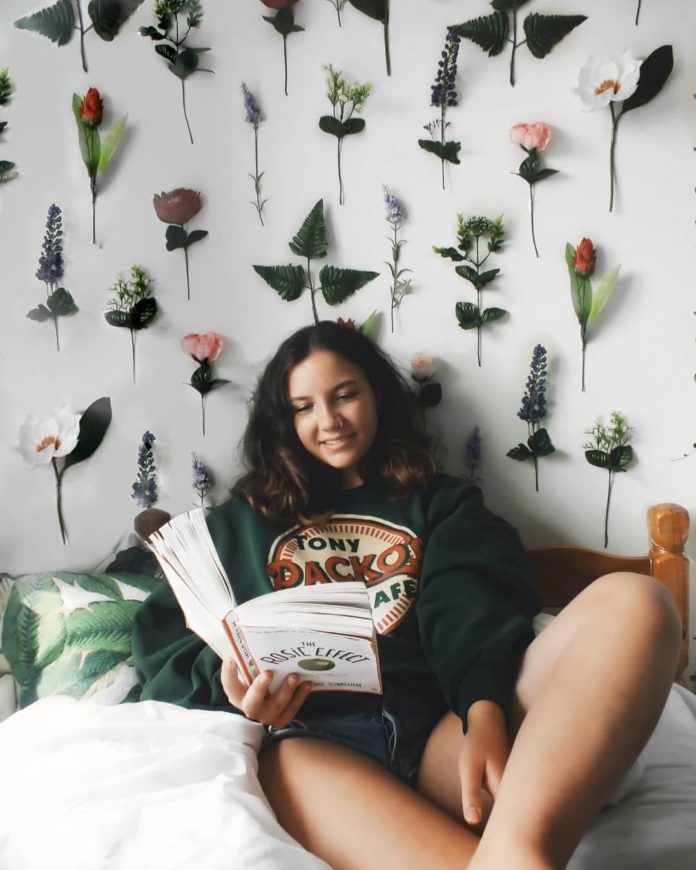 As most millennials I spend a ridiculously large amount of time on social media. After browsing Instagram for the 30th time that day, I came across this post.

Understandably I was insanely inspired, the aesthetic is just perfect. I had been wanting to spice my room up for a while (it’s been pretty much the same for the past 2 years) but realised that this was probably unobtainable for your average teenager like me so pushed it to the back of my mind as well as 2 other factors:

1. I don’t have the money for real flowers (the amount you need would be ridiculous and they’d just die… who wants dead flowers on their wall- they’d smell)

Then I came across some fake flowers in Ikea which sparked my interest again, they didn’t look super fake as most of them do but were fairly expensive. So as per, Trago Mills came to the rescue. The sheer volume of fake flowers in Trago is unbelievable, the choices were endless.

This is how my wall turned out, I’m pretty happy with it… although I did find a spider infestation in one of the flowers. Yeah. Not ideal to be honest considering the flowers are directly above my face when I sleep and I’m insanely paranoid about swallowing spiders. Why is it always me. Safe to say I got rid of those particular flowers.

I would say though, the flowers I bought were in bouquets which meant you had to cut them into individuals, although this sounds easy… I destroyed 3 pairs of scissors doing this and it took me a good hour. I would definitely recommend buying individual flowers if you can, or some VERY sharp scissors. The flowers were much cheaper in bouquets though I have to say, that’s clearly something else to consider.

Actually choosing the flowers is another thing entirely, I think it’s really important to break up the space and colours with some greenery, I chose baby’s breath, some fern leaves and some other greenery to do this. I think a colour scheme is also important, I went with pink and purple but I did see some other potentials like orange and red in Trago. 100% go with some kind of idea or else you’ll be lost in the possibilities.

Another factor to consider is the tape, I just used picture framing clear tape which was lying about but I can see the weight of the flowers pulling it from the wall (luckily not the paint… don’t have a heart attack mum.)

I used 45 flowers for my wall and had tonnes left over but decided that I only wanted a small feature wall, I would definitely say don’t cover a whole wall with it unless there’s other details such as mirrors to break up the pattern or it is likely to be a bit overpowering.

This project was actually really cheap, it only cost me about £20 and that was for the flowers, of which I still have about 40 flowers left!

I really love the tutorials these girls do, especially the polaroid photo wall, I think you all need to check them out to be honest!