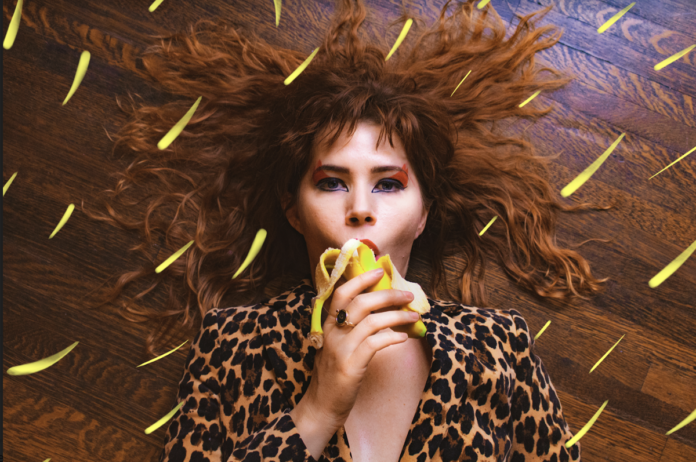 Who or what first introduced you to photography?

I’ve always been intrigued by photography since early childhood. I think it all started when I had this fixation with those cheap little disposable cameras in middle school and high school. I would constantly be taking photos of my friends, family, and even strangers on the bus. Now that I think about it, it was probably super annoying but now I have photos of so many great memories in my life because of it. When I turned 17, a close friend gave me my first film camera and I’ve been shooting ever since.

Do you have formal training or is most of your talent self-taught?

I’m 100% a DIY photographer. I purchased my first DSLR and just started shooting and learning through my mistakes and asking myself how I can make my photos better. I still have so much to learn about photography and wouldn’t mind getting some formal education but for now, Google and YouTube are my teachers.

Would you say that formal training is necessary to be a photographer?

From what I’ve seen on your social media platforms, most of your photos are of live music. Would you say that’s your favorite thing to photograph? Have you tried portrait photography or street photography before?

Before live-music, street photography was my first love. I always find myself gravitating back to it. I do also love shooting old buildings, architecture, and trying to capture that raw human nature. My focus is definitely concert photography but recently I’ve started making an effort to amplify my portrait game. Portraits are a challenge for me since I’m most comfortable with capturing natural expression and unpredictable movement. When it comes to directing someone’s movement, it felt a bit unnatural to me at first. It’s not as difficult as what I’m used to shooting. Being in control of my subject is something I’m getting used to and starting to really enjoy doing, so expect to see some more portraits from me soon!

Can you recall your first paid gig? Who was the client?

My first paid gig was this badass Cinco de Mayo festival in 2017 at The Glasshouse in Pomona. It’s kind of funny though because in order to take photos of the artists, I had to work for my friend, Stranger Liquids. I helped work the groovy liquid light projections for the festival. While they were getting the equipment ready before the doors opened, I snuck my camera in and took photos of Colleen Green, Adult Books, and Tijuana Panthers. I found out pretty quickly that you had to break some rules to be a photographer.

What’s been your favorite show to photograph to this day?

I get this question a lot and it’s painful to answer every time! I haven’t been doing this for that long but there are already so many shows and festivals I’ve done. Many are my favorite in their own little ways. Overall though, the show that stands out would have to be when I saw The Black Lips and Starcrawler at Pappy & Harriet’s in Pioneertown. It was before I even knew I wanted to be a concert photographer and way before I ever had my first media-pass. The venue didn’t care that I brought my camera which was super cool, but I was basically shooting in the mosh pit. To this day, those photos are still some of my favorites I’ve ever taken.

Is there a photograph that you took that you hold dear to your heart?

There’s this one photo that’s especially important to me that comes to mind. I was lucky to photograph this intense moment while walking back to my car after a show at Delicious Vinyl on Sunset Blvd. This on-edge, beaten boy with a rolling suitcase sees me with my camera and erratically says, “Hey take a picture of me”. I took his photo and as soon as I did he quickly continued onto wherever he was going. It happened so fast that I didn’t have a chance to ask if he was alright or what had even happened to him. The fact that he wanted his photo taken by a complete stranger at this extremely vulnerable state left me curious and uneasy. I think that’s where my attachment to the photo stems from. Why did he have fresh cuts and wounds on his face? Where was he going? Where was he coming from? Is he safe? Why did he want me to take his photo? I still have so many unanswered questions. It’s been a little over a year since I took the photograph and I have yet to come that close to capturing raw and honest emotion again. I just hope he’s doing better now.

Do you do this full-time? What do you do when you’re not photographing?

I definitely always try and shoot! Most of my free-time honestly goes into editing the photos I take but when I’m not photographing or editing, I’m either doing some hardcore thrifting, drawing in my sketchbook, or at a café drinking a dirty-chai working on an article for Soundbite Magazine. The long-term goal is to get to the point where I can photograph full-time.

I use the standard Lightroom and Photoshop, but I’m always trying to think outside the box when it comes to editing by adding texture or other mediums. Concert photography is pretty challenging, not only because your subject is constantly moving while lighting is continuously changing, but mostly because it’s easy for it to look repetitive so the editing process it vital. I also depend on a few graphic design programs to add interactive shapes and movement to jazz up my photos.

Is there a common thread in all the images you produce?

I’ve been an artist since I was able to hold a pencil on my own, so I’m often a collision of both worlds. Sometimes I’ll draw shapes and designs over my photographs just to break the monotony of editing and make my subject pop a little more. Lately, I’ve also been really obsessed with adding more texture and depth to my photos. I have these recurring styles but I still feel I have to do a bit more exploring before nailing down any sort of consistent theme in my photos. For a peek at some of my illustrations, check me out on @grooovyghost!

What would you say it the hardest part about being a visual artist?

For me, the most difficult part of being a visual artist has been trying not to feel discouraged. It’s great to critique but I can be my own worst enemy to the point where it’s counterproductive. It’s really easy to compare yourself to others while getting lost in trying to identify your style. You sometimes have to be your own damage control and not let the uncertainty consume you. It helps to surround yourself with supportive people who believe in you and will slap you when you need to be reminded of how great you are.

What’s the most rewarding?

It may sound cheesy but the most rewarding part of it all are the great people I have met and friends I’ve made so far. I have tiny successions that I experienced along the way, and those are very rewarding as well. I love comparing my first photographs to my most recent, watching my work improve and get more recognized always comes with warm fuzzy feelings. But at the end of the day, I’m definitely most rewarded with the community of talented creatives I’m surrounded by.

Home Improvement : When was the Last Time You Replaced Your...

Architecture : The Birthplace of Bauhaus