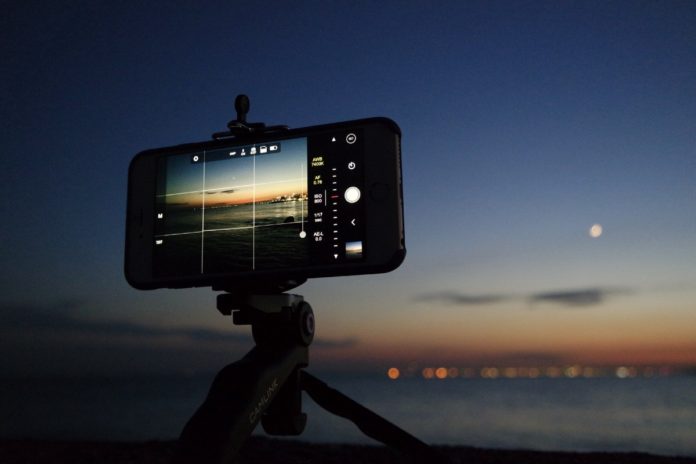 Looking for some smartphone photography hacks to up your Insta game? Look no further: here are 9 quick and easy hacks to wow your friends and make even serious photographers jealous.

1. BALLOONS INSTEAD OF DRONES

Drones are a badass tool for the modern photographer. While pictures from an elevated vantage point have long been some of the most striking, the ease and accessibility of true aerial photography has made influenced a renaissance of 21st-century photography.

There are a few problems with drones, though. They’re expensive as hell. They’re kinda hard to operate with destroying them. And, worst of all, it’s usually illegal to fly them in pretty much any place you would want to fly a drone.

But you know what the FAA doesn’t regulate? Balloons.

It sounds dumb, but hear me out.

You can use a bunch of party balloons with helium, or one weather balloon (which they totally sell on Amazon).

Secure your phone to the balloon. Set it to take pictures on a 5–10 second interval, maybe use sport mode. Make sure your phone is positioned at a downwards angle.

Then let that baby fly! Just, uh, don’t let go of that balloon. That would be sad.

2. USE DARK MATERIAL TO SET EXPOSURE

Playing with exposure isn’t something amateur photographers will probably mess around with, but it’s a useful technique once you have a handle on things.

While you can certainly adjust ISO in your phone’s “Pro Mode”, you can do a quick-and-dirty exposure hack with any dark material.

Take your material, a piece of paper or dark clothing work great, and put it in front of the camera. Allow the phone to automatically adjust — wait a few seconds or tap the screen — then remove it and snap the picture.

You’ll likely get a slightly different effect than simply manipulating settings, so experiment with it!

3. LEARN HOW TO USE MANUAL/PRO MODE

Maybe not a “hack” in the traditional sense, but it certainly has the potential to make your photos much better.

The software that governs modern smartphones’ automatic pictures setting is pretty advanced. It’s quite adept at adjusting to the conditions of a shot and producing a good photograph. For most people, it’s more than adequate.

But we’re photographers here, and standard photos are rarely the goal.

Simply accessing the mode might take a bit of looking around. For most phones you just have to swipe left or right when the camera is up.

Now that you’re in you have full access to almost all of the settings you would have on a traditional camera. Enjoy playing around with shutter speed, ISO, and aperture. Don’t forget that you can also disable auto-focus and manually focus on specific elements!

4. USE POLARIZED SUNGLASSES FOR A POLARIZED FILTER

You might have actually done this one already if you were trying to be artsy for Instagram, but it’s a legitimate technique.

Camera photographers often carry around polarized filters to place over their lens. They serve to darken bright skies, reduce glares, or manage reflections. It’s a pretty valuable tool, especially if you’re shooting during the bright part of the day.

And, yeah, you could totally place a regular camera filter in front of your phone for the same effect. But who wants to carry those around? They’re fragile and often a hassle.

Chances are you’ve got your shades on you, though. If they’re polarized, you can use them just like a camera filter!

That’s what smartphone photography is all about — convenience!

5. USE A PLASTIC SANDWICH BAG TO CREATE NATURAL HAZE

You feeling particularly artsy? Somebody needs a portrait and sepia tone just isn’t good enough for them?

Tear a hole in the bottom of a transparent plastic bag and place it around your lens such that it appears around the edges of your image. Secure it with tape if need be.

It has a soft focus effect on both the camera and the eyes. Since the camera can’t resolve the image to any clarity through the bag, it’ll automatically focus on the center. Likewise, the eyes will be drawn to whatever the blur doesn’t obscure.

It’s a natural vignette that uses the background colors!

Macro photography produces some of the coolest images. It’s rare that people slow down enough to inspect thing that close.

And, normally, macro photography with a camera requires a special lens that can do a shallow depth of field with great clarity and high magnification. Those can be expensive!

Here’s a fun smartphone hack described by Photoblog.com. You can dissemble an old laser pointer and use the focusing lens as a makeshift macro lens for your smartphone!

Laser pointers aren’t generally too hard to come by. You’ve probably got one in your junk drawer.

But if you want to try this trick on the go… well, here’s a smartphone hack for your smartphone hacks — you can accomplish a very similar effect with water.

It’s kind of tricky to get right, but if you put a small drop (not a full drop) of water on the center of your camera lens, it will stay there when you pick up your phone to take a picture.

Lens flare is the bane of every photographer’s existence. It can be especially tough on smartphone photographers because they don’t have lens hoods.

(Apparently that’s not true, but it might be better if they didn’t exist).

Many of us go to great lengths to avoid the sun but someone with a particularly discerning third eye might see the value they can add to a shot. It’s not easy to integrate lens flare in a way that enhances the photo, but it can definitely be done.

So how do you get started? Well, if the sun isn’t at the right angle for the shot you’re trying to get, you can manipulate it to fit your needs. With any reflective surface — a CD, a phone, some foil — you can hold it around the edge of your lens to get the exact effect you want without compromising your photo.

8. MAKE A PINHOLE CAMERA FOR YOUR SMARTPHONE

Pinhole cameras aren’t just a fun project for kids. They can make a unique effect that a filter could never emulate.

The cool thing is they’re super easy to make. Just grab a piece of paper or cardboard, poke a small hole with the tip of a pen or a paperclip, then put it on top of your lens.

You should have almost the entire scene you would have without the pinhole camera. If not, make the hole a bit bigger.

It’ll probably be a bit grainier and you might have a slight vignette around the edges. The result is an authentic vintage look. Take that, Instagram filters.

9. Binoculars as a Zoom Lens

Sure, you could buy a zoom lens for your smartphone. There are some nice ones that work really well, but there are also a lot of junky ones.

Why not play it safe and use the same zoom lens your grandparents used? A binocular.

If you don’t have one, ask that weird friend that watches birds. They’ve got a bunch.

Anyway, using a binocular as a zoom lens works exactly the way you think it does. Put the ‘nocs in front of the lens and snap away. Make sure you adjust the focus on the binoculars or else the picture will never be in focus!

DIY Furniture : Curbside Furniture That Get Flipped Into Something...

DIY Crafts : The Dream Beam! Using Faux-Beams for a...