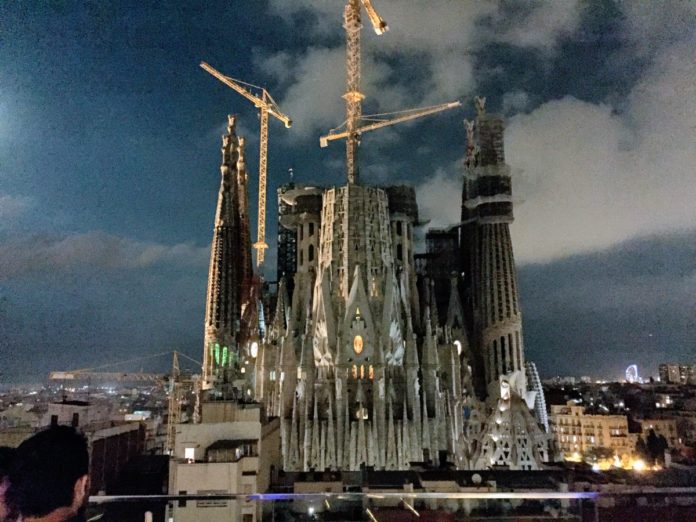 “What is that racket?” I said to my daughter Priscilla as we walked back to our Barcelona hotel. I had come to visit during her “Study Abroad” program after she had to leave Mexico due to political unrest. It had been a difficult transition.

Priscilla explained that at 10:00 pm each evening, the banging of pots and pans was the sound of Catalonians protesting, many of whom supported the independence vote. How charmingly low tech, I thought. Could this be a strategy for the next “soda tax” in Philadelphia?

My daughter was not amused and found everything about Barcelona frustrating and not at all to her liking. You see, she is Mexican. Adopted at seven-years old, she has lived in the Philadelphia area for the last fourteen years. It was her dream to study in Mexico and recapture her Spanish. She was flourishing and as happy as I had ever seen her. Now, suddenly and unexpectedly in Barcelona, we had a challenge. Could she learn to love a new city and continue her studies?

I let her be tour guide the next day as we started walking toward Barcelona’s main boulevard — the pedestrian-only Ramblas. The scale of this road is incredible — broad lanes of shopping, cafes, artists, flower stands and street mimes. We walked for two hours, then sat down at an outdoor café to enjoy the ubiquitous Sangria and talked about dinner. “I hate Paella,” she announced as we looked over the menu. Good to know.

We almost did not make it in time to the Picasso Museum as the city was overtaken with chanting protesters draped in the familiar gold, red and black flag. Hundreds of citizens clogged the metro. Two completely-full trains stopped and started with hardly anyone getting off or on. When the next train pulled up, we held hands and powered through the doors, Philly style. Once in the museum, we followed Picasso’s journey through his Blue, Rose and Cubist periods. However, it was his realistic work as a young artist that was most captivating in terms of perspective and light. Sadly, he never saw the museum or returned to his homeland after the war.

Priscilla and I explored the bustling Barri Gòtic — the Gothic Quarter known as Barcelona’s birthplace, Park Guell — the fanciful park designed by Gaudi, and of course La Sagrada Familia. But it was at the Cathedral of Barcelona that I started to see a glimmer of acknowledgement for this wondrous city. After reading the story of the thirteen-year-old martyred St. Eulalia we solemnly stared at the marble sarcophagus. The legend of her torture and death weighed on us as we climbed the stairs to the roof. It was just before noon when we made our way on the sturdy scaffolding to the sprawling view below. The bells of the Cathedral and churches all around Barcelona began to ring. Priscilla smiled and said that she was so glad that I came to visit.

That afternoon at a waterfront café, she ordered — you guessed it — Paella.

Home Design : This Airbnb is a poolside tree house in...

DIY Crafts : Learn how to make a cute pincushion...