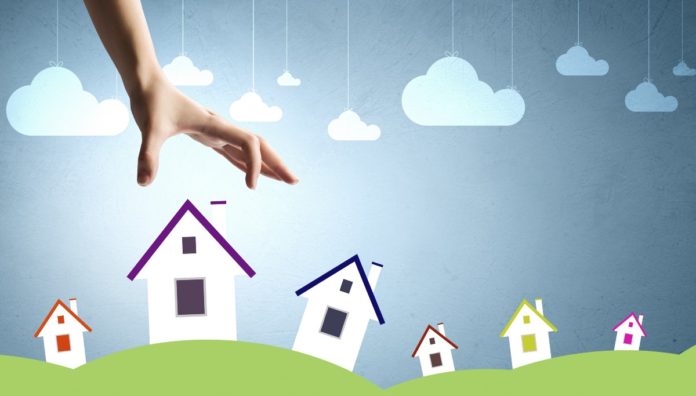 Virtual Reality slowly but confidently becomes a part of our life. Large IT companies have already used this technology. The consumer market is booming with Virtual Reality helmets. Sony, HTC, Facebook, Microsoft announced that the Virtual and Augmented Realities are the main development direction today.

Companies which work with exterior and interior design face difficulty demonstrating their product to the client. An important point is the reality of the size of the represented objects. Such opportunities for demonstrations and presentations are provided by Virtual Reality systems.

Very often new projects are represented at major professional events, where potential customers are. Showing a virtual project with a high degree of certainty, walking around objects, presenting interactive change of the whole project or its parts can give the potential customers and investors the most complete information about the future facility.

Representation of architectural projects using VR visualization allows to feel the volume and scale of the future object, in fact, to visit it before the construction. Unlike the paper layout, Virtual Reality allows to change the model quickly: all changes are displayed as soon as the specialist put them in a design program, for example in CAD. The main advantage of Virtual Reality in comparison with viewing a model on a normal PC screen is the opportunity to see everything in real time, to immerse in its space and to perceive everything as it will look in reality.

Virtual Reality systems have been widely used in the field of strategic urban development. Working with such a model, the interdisciplinary experts from various fields of knowledge (communications, utilities, transport, demography, ecology, etc.) can create qualitative and really working strategic plans for organizing living space.

The idea of ​​the living space consists of comparing visual impressions, being as realistic as possible, to designers’ and potential investors’ in a building that has not yet been built.

The advantages of VR technology in architecture and design:

· Quality design due to volume of realistic perception of information;

· Working with interactive virtual mock-ups, gaining operational experience of the facilities at the stage of developing their concept;

· The possibility of creating interactive architectural models of the scale of a city, district, building or interior and their subsequent demonstration on Virtual Reality systems and on conventional PCs;

· The ease of operation of the Virtual Reality center for architecture, an intuitive interface allows a team of 1–4 people to independently create interactive architectural models.

Virtual Reality as a sales tool

Today, VR is a stable trend, an innovative sales tool that will convey the value of the object that does not yet exist, and will create a powerful emotional reinforcement when buying.

VR technology is well matched with the practice of sales through showrooms: one apartment is virtually “built”, so that a person can walk around it and evaluate the interiors.

Arranging the sensors in the corners of the exposition room, this room turns into any room in the building (or in the world)! So your customer can put on Virtual Reality glasses and say, for example: “I want to see an apartment on the 16th floor, with a view to the south, interior number 4”. And here it is, just in from of his eyes. In such a way the seller can show the customer who has entered the show room the apartments that are not built yet.

When a future customer enters the VR apartment, he gets into a kind of computer game. So, he can perform a variety of interactive actions. For example, he can take the wine from the shelf, or jump on the couch. Or he can touch the wall and the wallpaper is changing, and by touching the window he sees the new views outside the window, summer or winter, for example.

Today the VR technology professionals are working on the problem of a sensory rupture. HTC Vive is a great example of VR devices for solving such a problem. HTC Vive gives a person the possibility to move freely around a limited space. The device understands the location of the users’ head and his hands. This information is enough for better user’s perception. The technology is impressive, but quite expensive.

There is also a cheaper solution. Implementation of 360 ° panoramic video gives such an advantage. 3D panoramic video is suitable for the sale of suburban real estate, for example. The main feature of this technology is a usage of a spherical camera with the help of which the building is captured inside and out. As a result, the user will get an effect that allows him to walk around the world in a helmet of Virtual Reality.

Physical models can be replaced with virtual ones, and specialists give us the opportunity to see all projected objects in Virtual Reality glasses, physically staying within the same room. As a result, the time of the project team’s work on the mock-ups is reduced, and the customers can make sure that the project meets all the requirements. VR glasses are the basic solution, which are already actively used by developers and sales offices. For example, VR glasses were used by the architect Jeffrey Pinheiro in conjunction with Autodesk Revit software for designing of hospitals. This turned out to be very convenient, because in such projects the entire interior space should be thoroughly approved, and work with a lot of large-scale layouts is inevitable.

The same way IKEA goes. The company uses glasses in the VR show rooms, interior presentations, materials and colors tests. The buyer is easily involved in such an interactive process, is experiencing the project from within and is no longer ready to give it up.

Projection VR-systems are a simplified version of Virtual Reality rooms, the so-called CAVE-systems (Computer-Aided Virtual Environment). This solution is suitable for presentations and discussions of projects in groups, for example, to organize a meeting with specialists. The demonstration takes place directly on the basis of the BIM-model (Building Information Modeling, an intelligent 3D model-based proces), with a customizable output of the necessary information. This format helps to speed up the design process: avoid failure in the design, collisions and, as a result, reduce not only the cost of creating and finalizing the project, but also the time for its harmonization.

Virtual holographic models are suitable for exhibitions and field presentations of objects. It is no longer necessary to carry real models in bulky cases. Instead of problems with logistics, you get an intuitive, well-designed project model that can be dynamically adjusted depending on the scenario. The project can be disassembled by floors, inside look at the layout of individual rooms, communications and structures. The technology of working with such mock-ups is simple: the client wears VR glasses and can work with a virtual hologram. No wires or long software installations are required. The model gives an opportunity to look at the building from a bird’s-eye view, to evaluate the layout of floors, to compare a skyscraper in height with other buildings of the world.

Photogrammetry allows us to create a digital copy of the object from photographs. The technology is used for rapid visualization of construction, objects of cultural heritage, helps to assess progress in the intermediate stages of construction work or on complex restoration projects and in hard-to-reach areas. The accuracy of digital copies reaches 1–2 centimeters.

Now is the high time for start up projects to gain experience and understand this technology. It is necessary to demonstrate the expertise and create the first cases with the first clients. It’s not enough just to create a sales tool — a really successful developer needs to be in dialogue with customers and learn how to profit.

What prevents the massive use of Virtual Reality in the architectural sphere? Too expensive infrastructure. But today the costs can be significantly reduced already. New technologies for architectural bureaus are already available, and now is the most appropriate time to use them to gain advantages over competitors, to open new horizons for the company’s development both in terms of technology and creativity.

Ready for the future? It takes only a little courage to try new directions. VR brings your clients right into their dream home.

DIY Crafts : How to Build a Simple Chevron Outdoor...