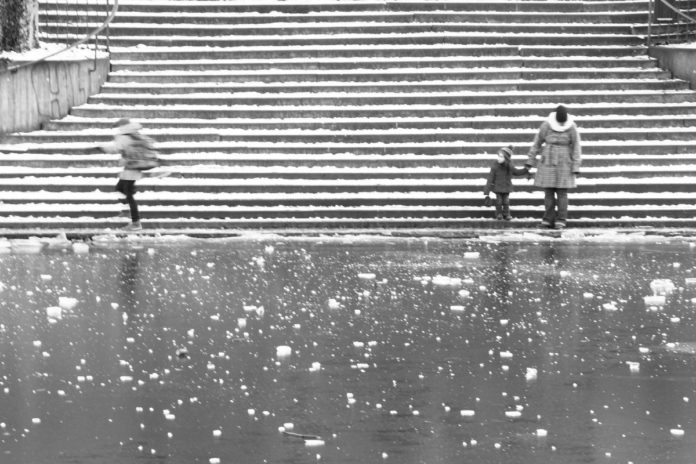 Architecture : my experiences as a cultural nomad – Rada Guirguinova – Medium

I was fighting with myself a few months long while trying to put thoughts into words, form sentences and create this article. And then, a few weeks back I randomly stumbled upon above short poem by Guillaume Apollinaire. So, in the spirit of flying I decided it’s time to test them wings out and stretch a bit.

As a child of two workaholic parents, born and raised in a fairly hectic city and era, my experiences growing up in the post-socialist reality of Bulgaria’s capital Sofia formed me as who I am today. They gave me the opportunity to be exposed to a harsh financial, political and social reality and to be in return through my generous parents and teachers motivated to strive for change. The change my parents had in mind back then was me moving away to Western Europe for uni. And so I did. At nineteen, with a heavy heart and holding back a huge amount of tears I packed my life and moved it almost 2000 km away from everything I knew.

And believe me was this a big change — though there was no language barrier for me (I had just finished my studies at a German school in Sofia) I felt so out of place at the beginning. Life was different, the people were somehow bigger, the city was smaller and weirdly tidy. I guess for a very long time this shift and the fact that I was basically living two separate lives simultaneously was really overwhelming for me. And that in combination with all the new experiences of just being at university and studying something as complex and time consuming as architecture and urban planning just didn’t allow my brain to catch up with my body. I’ve often looked back at experiences of that time and thought “Wow, how is it possible that I am seeing this so clearly now and I had no idea that things go like this back then?”

I still obviously don’t know or understand everything but I could at least share the current stage of my opus magnum. As a child of the East and an adult of the West I think of myself as a guinea pig, who was exposed to different stimuli and has become a wonderful weirdo mutant pet, who can see and feel things others can’t.

I associate Eastern Europe with a notion of strong misguided eclecticism today and a visible clash between a past socialist grandeur and a current wish to assimilate some ideas of Western European style. Just like American culture flooded the minds of my parents’ generation during the time just after the democratic shift in Bulgaria in 1989 as they sought for an alternative to socialism, a celebrated symbol of freedom, architects in Sofia are today reinterpreting the International style of the 20th and 21st century as the path to modernize and revamp a post-socialist capital. But the truth is that you can’t hide the scars of an era passed and further more you shouldn’t. There’s a reason why things happen the way they do and hiding them has never been the answer to solving a problem. And furthermore — haven’t we reached the point where we all understand that International style cannot be the sustainable future of architecture and urban planning? We should be analyzing the matter of each city individually in order to find the solutions it needs.

This is the position I formed during my studies at the University of Stuttgart in Germany. While the methods of my teachers were very rational and aimed to give us a guideline to the roots and theory of architecture while training us to be competent professionals, my experiences managed to light a whole other fire in me. My love and passion for Italian architecture was born. My aesthetic sense was inspired by the clear uncompromising designs of the modern movement. The questions of Nazi and Socialist architecture pestered me through long days and nights. The hopes and troubles of the post-war generation and their architectural, urban planning and monument protection practice inspired me to compare their intentions with the results of their actions in the cities of today. But most of all the idea of the social nature of architecture has and will always be an important part of my understanding of our discipline. As a person who has lived two very different realities I tend to compare and reiterate on the possibilities of transferring the knowledge and methods I have attained in order to better the situation for example in a post-socialist Sofia. There you are confronted with the reality of a discouraged civil society and impossible social development due to the oppression by disinterested powerful fractions like the government itself.

Alas you are an architect, who wants to help, improve the urban space of the city, support the development of a strong civil society and change. And yet you don’t see the opportunity to be heard in the climate of moral deformation and medial silencing… but somehow someday the time for change will come.

Until then I have come to terms with my identity as a cultural nomad — I am maybe leading two different parallel lives but I am also excited to see and understand the world in an unique way shaped by my experiences. My path is just a phenomenon of our times. Our lives are becoming more and more global, mobile, engaged and led to flexibly shift and move due to the cultural, financial and political tendencies in the world.

DIY Furniture : fixer upper is over, now what? Chip...

DIY Furniture : How to build a C-table. Full step...