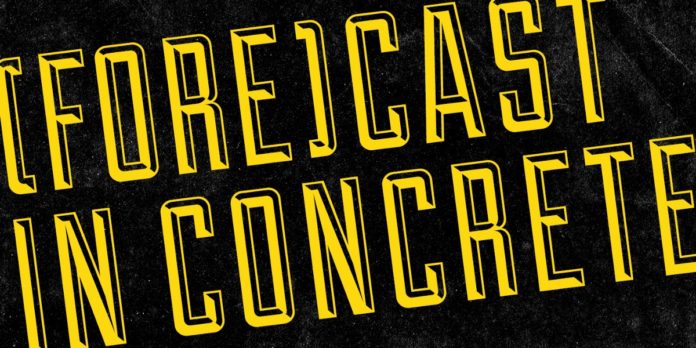 A new generation is warming up to Brutalist forms, buildings and beyond.

New Town Utopia is a 2017 feature documentary that follows the journey of 22 planned communities in the bomb-damaged, post-war Britain of the early 1950s. Urban planners in governments were seeking fresh, modernist models that would provide better homes and lives for working-class residents.

Thus began the world’s torrid affair with Brutalism — an architectural style that focused on the power of “material” and emphasized the sculptural form. It’s easy to confuse Brutalism with being crude or harsh, but it actually comes from béton brut, French for raw concrete. The material was cheap, versatile, and there was plenty to go around. Institutional buildings like museums, libraries, universities and public housing embraced the Brutalist style.

But architecture is never just about the buildings. Urban planners used these sprawling, hulking masses of concrete to construct a new sociological order: democracy and egalitarianism. Britain had just banged out its first social security system and tax-funded National Health Service. Its aspirations were as boundless as the concrete.

By the 1970s, support for these social democratic values was fading, and so was our collective fascination with Brutalist structures. Suddenly the windswept plazas and gray walls looked cold, sinister, haunting, impersonal… ugly. What was gifted to the public as an affordable utopia seemed more and more like a concrete jungle. A new model for urban living? More like vertical slum. In fact, Brutalist buildings were vilified to the extent that they featured prominently in dystopian films like A Clockwork Orange, and the James Bond villain was named after famed Brutalist architect Ernő Goldfinger.

The eye-catcher becomes the eyesore: a classic branding problem. And the name doesn’t help either. But that’s the thing. Brutalist architecture was never meant to be easy on the eyes. Its philosophy stresses the honesty of structure — to tell it like it is. See all this brick, glass, steel and concrete? It’s in fact just that. What a refreshing, disruptive idea for a culture once obsessed with Victorian and Queen Anne Style embellishments! A Reddit post puts it aptly: “If McMansions were Double Vanilla Mochachino Lattes with an extra pump of caramel, Brutalist architecture would be black coffee.” The understated elegance grows on you.

Brutalist masterpieces exist around the world: London’s Trellick Tower; The Met Breuer on Manhattan’s Madison Avenue (recently re-named after its Bauhaus architect, Marcel Breuer); the New York City Department of Sanitation’s new salt shed in lower Manhattan; Oscar Niemeyer’s imaginative, iconic designs for the city of Brasília; Peter Eisenman’s stark, haunting Holocaust memorial in the center of Berlin; Moshe Safdie’s Habitat 67 in Montreal; the much-maligned Boston City Hall; and many more. People love to hate them, and often demand for them to be torn down.

A new generation, though, is slowly learning to appreciate and find beauty in Brutalist forms. A recent photography exhibition “Brutal Destruction” curated by Chris Grimley at the Pinkcomma art gallery protests against the demolition of iconic concrete buildings by acclaimed architects like Paul Rudolph (Yale Art and Architecture Building), and advocates instead for their historic preservation. “Realize that just because something isn’t to your taste,” Grimley reminds us, “that doesn’t mean it shouldn’t have the chance to age gracefully.”

Photography celebrating Brutalism’s towering blocks, crisp shadows and strong lines are cropping up in pockets of the internet. Photographer Raphael Olivier, in his documentation of South Korea’s structures like Moon Hoon’s Two Moon, calls them a “neo-brutalist” revival. Instagram accounts like @brutopolis, @brutgroup, @waxandbrutalism and @artbrut_architecture boast upwards of ten thousand followers, capitalizing on a bold aesthetic movement that seems, in retrospect, as if it were designed with the Instagram generation in mind. Brutalist buildings happen to provide the perfect neutral background for selfies; they bring out every skin tone and color of clothing.

The giant, austere structures also lend themselves to post-apocalyptic landscapes. Prisons, bunkers, factories, and bomb shelters share a Brutalist aesthetic that make for great filming locations. Many scenes from The Handmaid’s Tale have been shot in Toronto’s Beanfield Centre and distinctive New City Hall building, which represent the totalitarian, divine Republic of Gilead. The animal testing facility in Wes Anderson’s Isle of Dogs is inspired by the neo-brutalist design of St. Peter’s Seminary in Scotland. The future cityscape in Ridley Scott’s Blade Runner 2049 is heavily influenced by Brutalist forms.

The ongoing dialogue around Brutalism and what the movement represents makes it poised for popularity. It’s both translatable and marketable; look no further than Blue Crow Media’s Concrete Maps collection to be convinced. Now imagine bespoke products, immersive guided tours, experiential pop-up spaces. The possibilities are endless.

It takes a lot to love Brutalism. But no style, architectural or otherwise, exists within a vacuum. Every generation finds a way to respond to the social and cultural forces of its time with a certain visual language. If an architectural movement so strongly associated with anti-bourgeois and socially progressive ideals is making a comeback, it behooves us to examine why.

Until then we must continue to appreciate Brutalism, the bastard love child of architecture and politics. Let there be concrete.

Home Improvement : Ways to save money when building your new...