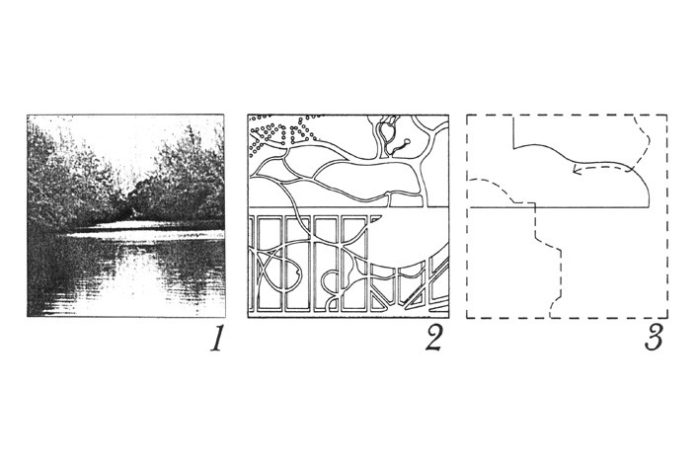 A transcript of a killing (Bernard Tschumi Manhattan Transcripts)

Bernard Tschumi’s drawing technique relates to his ideas about architecture and the cities or urban landscapes he portrays through communicating reality in a manipulated manner expressed in his illustrations and conjoining them with the cultural and social aspects they derive from or the world they reside in. He fuses the sequences, movement and functionality that occur around the structure into his illustrations from the surrounding environment. Tschumi exposes the form of the structures he depicts by having it represent itself as well as the actions its witnesses such as a shopping centre experiencing the exchange of currency with goods and services. He also extracts aspects of an environment or event within the environment and deconstruct or greatly alter the image taken into a structure that can be potentially be built, often re-imagined into a three-dimensional form as architecture is seen. With Figure 1., Tschumi has captured as image from a natural, biotic environment and deconstructed the image to its basic lines and shapes.

Figure 2. has Tschumi capture images of an various events be translated to the motions and sequences expressed, with vectors used to imply movement within the space that the event occurs. This is shown in sequence as the Tschumi’s illustration in row 2 correspond with the motion of events in row 3 and the function of architecture in row 1. With the drawings he creates, from a two-dimensional form, he brings forth an event or action and expresses it as a three-dimensional structure.

I have replicated Tschumi’s drawing technique by interpreting reality through an architectural structure by capturing events within an environment in video format and translating the movement and shapes within the video by drawing them on an A1 sheet. By taking a video of the surrounding environment, capturing events and actions carried out by the inhabitants, I was then able to illustrate and interpret movement of people and vehicles along with the form of buildings into a re-imagined image that imitates the lines, shapes and motion expressed from the source material.

As Tschumi captured elements of an environment or a particular urban setting, I have also done so to view the area around UTS into a form that showcases a different interpretation of the same space, only manipulating static parts to preserve the moving or significant elements of the whole image or video.

DIY Crafts : Handmade for the Holidays is an ebook...