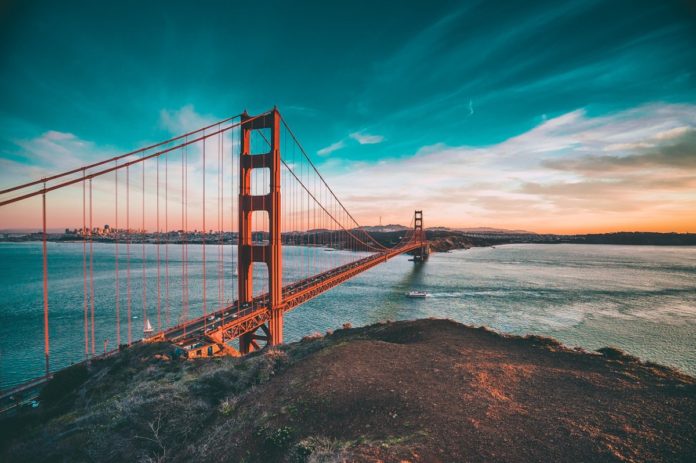 Architecture : 4 of the Best Bridges to See in California – Dr. Bharat Lall – Medium

California has developed a reputation for many natural wonders, including its towering forests of giant sequoias, its gorgeous wine country, and its long coast lined with beautiful beaches from San Diego to the Oregon border. However, the state is also home to a bevy of awe-inspiring man-made structures, including bridges.

Check out the following list of the four best bridges to see when visiting California.

Opened in 1937, the Golden Gate Bridge connects San Francisco with Marin County and stands out as one of the most celebrated, iconic bridges in the United States — and perhaps the world. The bridge was designed by chief engineer and architect Joseph B. Strauss, who went from being a poet to a draftsman to a prolific bridge designer in the early 20th century.

The bridge features huge, 746-feet towers and long, draping cables that give the structure a dramatic look. The 1.7-mile bridge was once thought impossible to build, but 20th-century advances in civil engineering made construction viable despite formidable challenges, not least of which was the development of the south tower.

This involved dangerous underwater work carried out by divers, who dove 110 feet to place dynamite charges and move loose sediment above the bedrock. The work was dangerous because portable oxygen tanks had not yet been invented. Instead, the divers depended on a long hose through which air from the surface was pumped to the work area below. What’s more, divers could work underwater only four times per day when the tide was low and the dangerous currents had mitigated.

Overcoming these and other challenges, the builders created what has become known as one of the best architectural wonders not only in California but also around the world. The orange-hued, Art Deco bridge attracts some 10 million visitors each year to learn about its history and to take in unrivaled views of both the bridge itself and San Francisco Bay.

After crossing the bridge, many visitors choose to take one of the paths that lead down to Fort Point, a former military outpost. Today, Fort Point gives architecture lovers unparalleled views of the cables, girders, and columns that make up the Golden Gate Bridge.

The bridge has a 90-degree curve, which allows for a length of 2.12 miles and a peak height of 200 feet so that U.S. Navy aircraft carriers can safely pass below the bridge. Workers continually paint the bridge to prevent corrosion from the salty ocean winds, and the result is a beautiful blue bridge that blends in with the sky and sea below. Coronado Bridge has become one of San Diego’s most well-known landmarks and the top spot to take in a view of the city and coastline.

Spanning the Sacramento River in Redding’s Turtle Bay Exploration Park, Sundial Bridge was designed by famous architect Santiago Calatrava, who also designed the City of Arts and Sciences and the Opera House in Valencia, Spain, as well as the World Trade Center Transportation Hub in New York City.

In addition to its translucent glass walkway, the bridge features a huge white tower with suspension cables that functions as a working sundial — one of the world’s largest. The arc created by the sundial is so large that it can track time for only four hours per day, but during those hours, the shadow can be seen moving approximately one foot per minute.

Built with the local environment in mind, the bridge was constructed with pylon and cable stays, which means it doesn’t disrupt salmon spawning with the underwater supports commonly used to build other bridges. The bridge also includes plazas at both ends for the public to enjoy views of the river.

Located in Big Sur on Highway 1, Bixby Bridge rises 280 feet above the canyon formed by Bixby Creek. The bridge was completed in 1932 with a huge wooden framework and 45,000 cement sacks, all of which were transported with an elaborate system of slings and platforms supported by cables.

While the Pacific Coast Highway traverses several bridges as it winds through Big Sur, Bixby Bridge stands out as the one most commonly photographed. This is due to the fact that there’s a turnout on the northern end of the bridge where drivers can stop and snap a photo, and the bridge itself affords spectacular views, even when fog is present. In fact, the fog, which is typical in the area, tends to make other features of the natural landscape stand out in photographs. The views attract both professional and hobby photographers looking for breathtaking shots from multiple angles.

The above four bridges offer a great introduction to all that California offers in terms of bridge architecture. With more than 1,200 miles of coast, multiple large bays, and countless rivers, California offers the perfect place to learn about groundbreaking bridges of the 20th century, while taking in stunning views of the state’s beautiful waterways and parks.

DIY Furniture : Beautify your home with this DIY Repurposed...

Home Improvement : Services You Can Expect From A Residential Architect