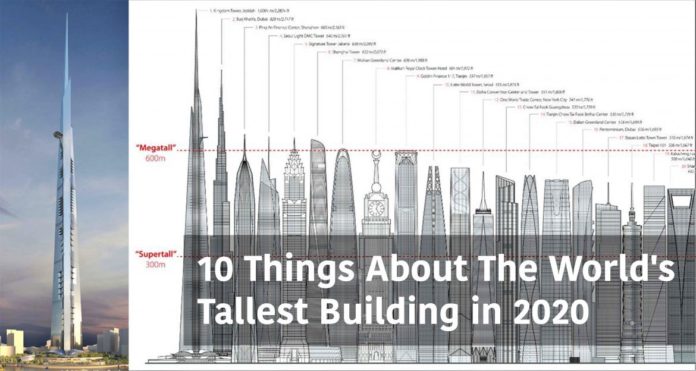 Architecture : 10 Things to Know About The World’s Tallest Building in 2020 “Jeddah Tower”

Jeddah Tower: In an attempt to promote development and tourism in Saudi Arabia’s most liberal city, Jeddah, a mega-tall skyscraper is now in the processing to become the tallest building on the planet. The creator and sponsor of the project is Prince Alwaleed bin Talal, the richest man in the Middle East and a member of the Saudi royal family.

The designing architect of the world’s first 1-kilometer high skyscraper is none other than Adrian Smith, from Adrian Smith + Gordon Gill Architecture. Smith was also the designer of the world’s current tallest building, Burj Khalifa in Dubai, and he is, generally, known for his soaring towers in the US, South Korea, and China.

The idea of this architectural marvel in Jeddah was not enthusiastically received all the way long, as some Saudis contemplate the possibility that it would have a negative financial effect on the kingdom. With a budget nearing $2 billion, its opening date was pushed till 2020 due to difficult economic circumstances in the country.

Here are some interesting facts you should know about Jeddah Tower:

DIY : Filament Clock Is a Web of Wires – Hackster...